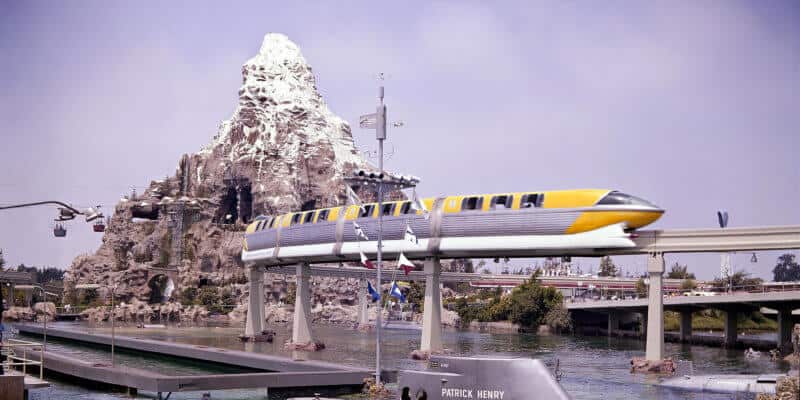 There may not be a more touchy subject with Disneyland veterans than the Park’s version of Tomorrowland. While Walt Disney World’s Tomorrowland will be getting a brand new, “E-ticket” attraction in the form of the TRON roller coaster, Disneyland’s Tomorrowland is quite lacking, especially when you look at what has been removed over the years.

When it comes to Disneyland, many would call the first Disney Park the best, making the claim that it is the truest and purest form of Disney Guests can experience. That is not to say the Park is without its flaws however and in a recent post on Reddit, Disneyland Guests were quick to point out where exactly the Park is failing.

One of the biggest offenses to many Disneyland Park-goers is always going to be the Peoplemover, as Walt Disney World still has one and Disneyland does not. There is arguably not a more historical or beloved ride than the Peoplemover and the fact that it was removed from Disneyland and the track was abandoned is thought most Disneyland Guests try to not think about. Several users in the comments brought up this extinct ride.

In the past, Disneyland’s Tomorrowland has been called a “ghost town” and the land is facing an “identity crisis”. While other lands like Fantasyland continue to get upgrades and expansions, Tomorrowland in the Southern California Park seems to ironically be left in the past. Others commented on how ironic it was that Tomorrowland is supposed to be the land of “innovation” while in reality, it is sorely lacking in a lot of ways. Another user said Tomorrowland should just be called “Yesterland”. Another user had a more harsh approach to fix the problem, saying the entire land should just be leveled and rebuilt entirely.

Some even poked fun at EPCOT becoming a land of various “intellectual properties and joked that they wouldn’t even mind if Tomorrowland got injected with whatever random property Disney chose. Some simply said Disney has no idea what to do with the area. Others joked about how this “look into the land of tomorrow” is dated even for the 1970s.

At Tomorrowland in Disneyland, Guests have a few attractions to choose from including the iconic Space Mountain, Autopia, Finding Nemo Submarines, Star Tours, Buzz Lightyear Astro Blasters, the monorail as well as other attractions but for some, this isn’t enough. While Disneyland is receiving several updates, with the Park receiving a version of the popular Minnie & Mickey’s Runaway Railway as well as an update to Toontopwn, no plans have been announced for an overhaul of Tomorrowland. We can only hope something will be done soon to the beloved land as the idea of the “future” was at the very center of Walt Disney’s vision.

How do you feel about Tomorrowland in Disneyland? Let us know in the comments below.