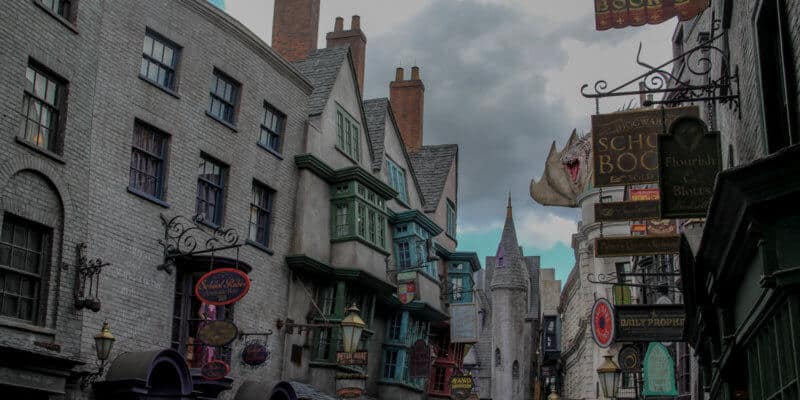 At Universal Orlando Resort, we have seen a lot of change over the years. Of course, the most recent expansion happened at Islands of Adventure with the addition of Jurassic World VelociCoaster, bringing an all-new thrill coaster to the Park, with heavy theming, and also updating the Jurassic Park theming with the new movie updates, starring Chris Pratt and Bryce Dallas Howard.

At Universal Orlando Florida, one of the biggest changes to have been made was the implementation of Diagon Alley, with the addition of the Wizarding World of Harry Potter. The space took up attractions such as JAWS, but brought in the Harry Potter fandom in a new way. Most recently, we have seen the closure of Shrek 4-D which is rumored to have a minions-themed walk-through attraction take over, and Fear Factor Live has shut down.

When Fear Factor Live shut down, there was a lot of buzz of what would come to be in that same spot. Many thought that Universal would use the space to expand the Wizarding World of Harry Potter and add in another attraction from the J.K. Rowling franchise, which would be a VR broomstick attraction that was also rumored to be built in Epic Universe. Permits for demolition were filed to remove the theater, but, according to theme park reporters at Theme Park Stop, were denied. It seems the plans for the demolition were insufficient for the city to approve, and more permits were needed.

Universal recently added more permits for Project 195, which is the Fear Factor Live space, but just a few days after the permits were filed, they were updated to reveal that the project was now “canceled”. However, the reason for the cancelation does not seem to be because of the project itself, but rather, the changing of the company that would handle that aspect of the construction.

Since we do not know if the Fear Factor Live space would house a new Harry Potter attraction, and Universal has made no mention of this rumored VR attraction finding a home here, it is purely speculative to assume the ride may be having some snags. It is also important to remember that when this ride was rumored to come to Universal, it was never meant for Universal Studios Florida, so the idea that a potential Epic Universe attraction could be scrapped from plans to move to a different Park may just be a pipe dream for Universal lovers.

One thing we do know is that Universal did have to cancel their permits to move forward in demolishing the theater, which means that there are clearly a few delays on the removal of the theater, and whatever is to come.

Check out the full video detailing the permit information by Theme Park Stop below:

What would you like to see replace the space of Fear Factor Live?