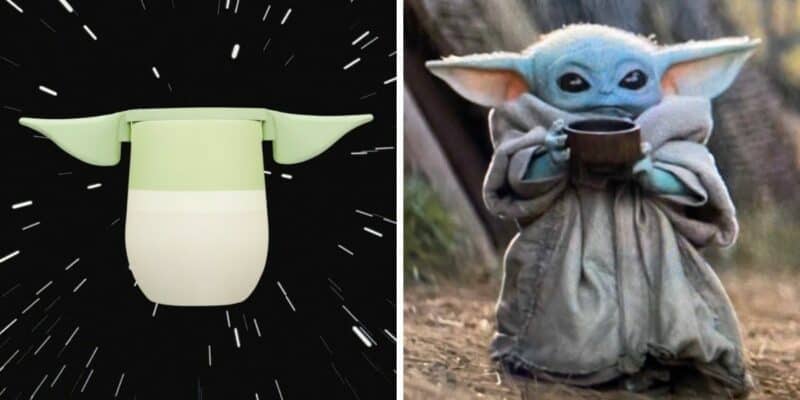 Now, after fans fell in love with Baby Yoda/Grogu from the highly popular Disney+ show, The Mandalorian, Corkcicle is adding another design to its Star Wars x Corkcicle collection.

Ever since Corksicle teamed up with Star Wars, the drinkware line has been extremely popular, with new designs being added every now and then.

Celebrate the 40th Anniversary of Star Wars: The Empire Strikes Back™ with our biggest collection of the year. Three high-performance Drinkware silhouettes. Five modern interpretations of fan-favorite characters. Will you show your support for the Rebel Alliance or join the Galactic Empire? The choice is yours.

The latest Corksicle design is themed off of The Mandalorian‘s sensation, Baby Yoda aka Grogu!

As seen above, the new Grogu Corksicle has a design that closely resembles the adorable character’s body, with a light green top and a beige bottom. It also features Grogu silicone ears, which are actually an accessory and can be removed, if desired, as you enjoy the beverage of choice.

You can purchase this Grogu-themed Corksicle online or by visiting Wine Bar George at Disney Springs in Walt Disney World Resort, while supplies last.

Fans can also purchase a Grogu-themed coffee mug, which is similar in design to the Corksicle.

Star Wars fans can catch Grogu, aka Baby Yoda, in seasons one and two of The Mandalorian, which are currently streaming on Disney+.

Favreau’s The Mandalorian welcomed a new cast of characters into the Star Wars universe, which takes place five years after Star Wars: Episode VI – Return of the Jedi (1983). The ever-popular bounty hunter series introduced the world to Pascal’s titular Mandalorian and “Baby Yoda” AKA Grogu as the new hit Star Wars duo.

Season three of The Mandalorian has been confirmed, but no release date has been announced. Inside the Magic will update you as we get information.

Will you be purchasing one of these Baby Yoda/Grogu Corksicles? Let us know in the comments below.