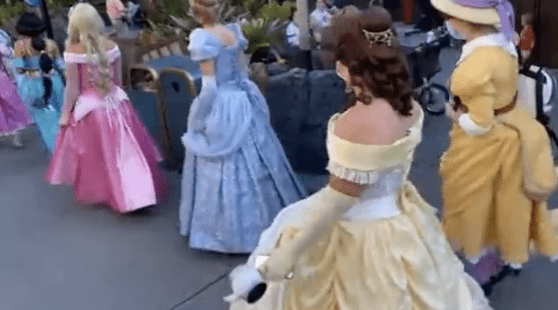 Getting kicked out of Disney World can be a terrifying experience for anyone, especially if you did not mean to do anything wrong.

Walt Disney World Resort has a handful of rules and regulations that must be followed, and failure to do so can leave Guests kicked out of the theme parks. We have seen Guests get in trouble in the past for a handful of reasons, all of which are clearly stated as a violation of the rules Disney sets out on their website. Because Walt Disney World is located on private property, the company is able to create its own rules by which Guests must abide by. It also means they have the ability to remove someone from property if they want to.

Just yesterday, we reported on a rule infringement that multiple Guests engaged in. Two Guests were caught by Disney security while chugging a Truly alcoholic beverage on property, just before entering security for EPCOT. Of course, the Guests were given a stern talking to and had the drinks removed as personal alcoholic beverages can only be consumed in your Disney Resort room.

We have also seen Guests be kicked out of Disney World for sharing backstage footage and ruining the magic, promoting unsafe activities, using excessive vulgar language, and for attempting to steal. Recently, a video was shared to TikTok where multiple Disney Guests were kicked out of the Park due to their attire. In the past, we have reported on appropriate clothes that are needed to be able to enter Disney, and that shirts that are too revealing or have something inappropriate written on them will oftentimes be replaced with a shirt, gifted by Disney so that the Parks may remain family-friendly.

Read more on the rules and regulations here.

However, in this case, the Guests in question did not go in with a bad intention and did not totally break the rules.

Typically, Guests over the age of 14 are not allowed to be in a costume when they go to Disney World, but during Halloween, things are different. Over the past couple of years, Guests have been able to dress up during the day during Halloween due to the lack of Halloween offerings from COVID. Although dressing up is allowed, some Guests end up looking too good.

_disney._stuff_ (@Disney Stuff!) took to TikTok to repost a video from Disneylanders YouTube channel. It seems that although the video was posted a few days ago on TikTok, it was clearly filmed during the Halloween season. If Guests look too much like the characters in the Disney Parks, Cast Members may have to ask them to change or leave, as they will be confused for Disney’s employed character performers, which seems to be what happened here.

In the video below, we can see Guests dressed as Belle, Cinderella, Aurora, Rapunzel, Jane, Jasmin, and Ariel. The costumes, makeup, and wigs were all so high quality and similar to Disney’s that it seems something had to be done as Guests were mistaking them for the “real” princesses. We can see the Guests had cameras in hand and were likely doing a fun princess photo shoot. The Guests did not necessarily go against the rules, as they were allowed to dress up during this time as we heard the Cast Member note in the video.

We can see that this video is being shot at Magic Kingdom in the Adventureland section of the Park as the Guests pass the Swiss Robinson Family Treehouse.

It should be noted that when this video was taken, meet and greets were not yet back, so the sight of princesses close by likely created a lot of confusion and excitement among Guests.

Although Disney did allow Guests to dress up during the day for Halloween during the height of the pandemic, it should be reminded that dressing up as a character is not allowed on a regular day-to-day visit to Disney World. Guests often find creative ways to dress as their favorite characters through Disney bounds. Disney bounds are outfits inspired by a character, often matching the colors they wear!

Do you think that these cosplay princesses should have been kicked out of Disney? Let us know in the comments below.