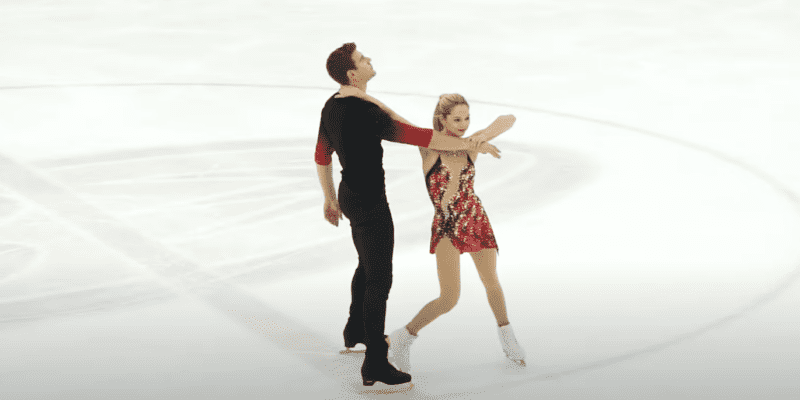 The 2022 Olympics in Beijing, China have been making headlines due to incredible performances, record-breaking runs, and, unfortunately, controversy.

And the controversy is continuing as two United States figure skaters, as well as NBC, are being sued for allegedly using a song during their Olympic routine without the artists’ permission.

The controversy has been ongoing and mainly coming from within the figure skating competition.

If you weren’t aware, the women’s figure skating competition has been a hot topics as of late with Kamila Valieva, 15, Russia’s number one figure skater, has been given the clear to compete for the gold medal. Valieva was cleared to compete by a panel of arbitrators despite her testing positive for a banned heart drug, which caused a lot of backlash from fans and other competitors, including former figure skating champions and host/commentators Johnny Weir and Tara Lipinski.

Now, the controversy and drama is continuing as two United States figure skaters and NBC are both being sued for allegedly using a song during a routine, without the artists’ permission.

On Thursday, Robert and Aron Marderosian, who are also known as the music duo Heavy Young Heathens, filed a lawsuit alleging “blatant and purposeful” copyright infringement on their version of “House of the Rising Sun,” which is the song that U.S. figure skaters Brandon Frazier and Alexa Knierim used during their short program performance at the 2022 Beijing Winter Games.

The lawsuit, which was obtained by PEOPLE, also names Comcast Corporation; NBCUniversal Media, LLC; Peacock; USA Network and U.S. Figure Skating in the lawsuit, alongside Frazier and Knierim.

According to PEOPLE, the filing states the Marderosian brothers claim U.S. Olympic skaters Frazier and Knierim “chose to use the track,” which has already been featured in a variety of films, television shows, video games and more, “for their 2022 Winter Olympic ‘Short Program’ without the authorization or permission of the Plaintiffs.”

“At all times herein, Defendants COMCAST, NBC and PEACOCK were and are a source of media distribution which constitutes control over the infringement which is the subject of this Complaint,” the suit said.

The Marderosians also said that the Defendants “[recognized] Plaintiffs’ popularity, talent and goodwill” and used the song “in a brazen and improper effort to capitalize on Plaintiffs’ hard work and copyright ownership” of it.

Knierim and Frazier helped win a silver medal for the United States in the Team event. The lawsuit came just ahead of the 2022 Winter Olympics closing ceremony in Beijing, which occurred on Sunday.

Other skaters who made headlines during the 2022 Winter Olympics include Wakaba Higuchi of Japan, who skated her heart out to the soundtrack from Disney’s The Lion King (1993), as well as Russian figure skater Alexandra Trusova, who performed to Disney’s Cruella (2021), which stars Emma Stone as Cruella de Vil.

French Olympian Adam Siao Him Fa also caught the attention of many who, not only incorporated a faux lightsaber battle into his performance, but his costume was reminiscent of iconic Star Wars villain, Sith Lord Darth Vader.

What do you think of the lawsuit filed against the United States figure skaters and NBC? Let us know in the comments below.

Comments Off on Music Group Sues U.S. Olympians, NBC Over Use of Song During Routine