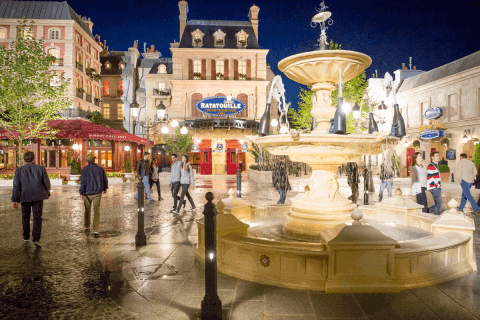 Remy’s Ratatouille Adventure made its big debut in October of last year and while there was much anticipation for the ride, located in France at EPCOT, some Disney fans have come away underwhelmed with the new attraction.

User U/beetalien shared that they recently made the trip to Disney World and waited 90 minutes to ride the attraction, but came away underwhelmed in the end.

Just did the new Ratatouille ride last week. Waited 1.5 hours in standby. The new area of France is cool. Love the movie. But I was so underwhelmed by the ride itself. And I’m a chef in real life, I love the idea of this ride; I just thought it was odd that there were no food smells in the ride at all. It takes place in a kitchen, you’d smell things. Am I missing something? It almost seemed like it was just for kids.

It was cute but I wasn’t overly impressed. I think Mickey and Minnie’s Runaway Railroad is much better

Just like most, I was underwhelmed especially after riding Mickey & Minnie’s Runaway Railway.

But you have to remember this ride first opened in 2014 in Paris, which means all the technology is now close to 10 years old, sure you have brighter projectors and better speakers, but the overall technology is a decade old.

U/HaVoc said they didn’t like the aspect of having to wear glasses on the ride.

Did it when it was still virtual queue and waited maybe 25 minutes in line. Its cute but I don’t want to wear 3d glasses on a ride. I wouldn’t wait more than 30 for it.

U/WildeAndHopps said they enjoyed the attraction, but didn’t feel it was comparable to Mickey & Minnie’s Runaway Railway at Disney’s Hollywood Studios.

I’m glad I rode it before I did Runaway Railway. I thought Remy was decent after riding it, but I think I would’ve been underwhelmed if I went in having experienced Runaway Railway beforehand.

U/agreeingstorm9 also was underwhelmed, say the ride was similar to The Amazing Adventures of Spider-Man at Universal Orlando.

I was also completely underwhelmed. I paid for a LL for it and it was the only LL I paid for that I was disappointed with. It was just bleh. You’re riding around sets in a dark ride looking at screens. It similar in a lot of ways to Spider-man at Universal and that ride is like 15 yrs old.

While some Disney fans were underwhelmed with the ride, many others absolutely loved it.

In addition to Remy’s Ratatouille Adventure, Guests who visit EPCOT have the opportunity to experience many other unique attractions including Spaceship Earth, Mission: Space, Frozen Ever After, Test Track, The Seas with Nemo & Friends, Gran Fiesta Tour Starring the Three Caballeros, Living with the Land, Journey into Imagination with Figment, Soarin’ Around the World, and many more.

In addition, Walt Disney World Resort is in the midst of putting the finishing touches on Guardians of the Galaxy: Cosmic Rewind, its newest roller coaster that is set to open at EPCOT this year.

What are your thoughts on Remy’s Ratatouille Adventure at EPCOT? Let us know in the comments.