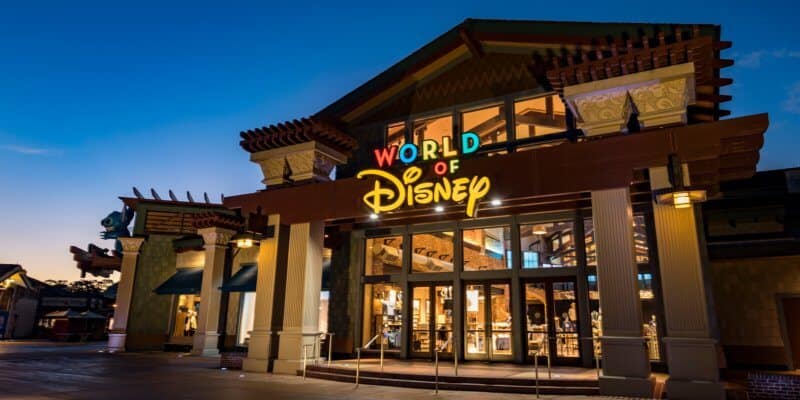 When at “The Most Magical Place on Earth” you tend to imagine having fun with classic rides like Space Mountain and the Haunted Mansion, enjoying delicious (and unhealthy) snacks, and overall, having a blast at a truly magical place. But you never expect to encounter illegal activity while on property.

In the past, we have covered fights breaking out as well as security getting involved when Guests get unruly. But sometimes, truly unfortunate events take place on Disney property leaving Guests with anything but a “magical ” experience. This is usually out of the norm, and when things do happen, Disney is always moments away from intervening to keep Guests safe.

Celtzin L., a member of a Disney fan group on Facebook shared their experience of being robbed while visiting Disney Springs. Here’s what they had to say about the terrible situation, along with a few photos:

We just got broken into at Disney springs if any one has info pls let me know. All of it was designer stuff. Please no hate comments my mom and I are already crushed enough.

This happened sometime between 4pm-6pm

Edit: the police and security are saying no cameras at all. We parked at the very first parking spot of Lime garage. Where all the cars enter and no one reported it.

As you can see, the Guest’s vehicle was parked in a parking garage at Disney Springs when the robbery happened. The Guest claims a lot of “designer stuff” was stolen, and the authorities said that no cameras picked up the event.

The robbery happened in the Lime Garage at the shopping center sometime between 4 pm and 6 pm. We do not currently know the outcome of the situation, but as we mentioned, Disney is heavily protected with cameras, so any crime committed will not go unseen, as this one did not. Please be sure to always respect other Guests and their property while at Disney, failure to do so will have you removed from the Parks, banned for life, or in cases such as these, reported to the authorities. Luckily, no one was harmed during this robbery, however, these actions have the ability to ruin someone’s magical vacation.

Have you ever experienced or seen something like this at Walt Disney World?