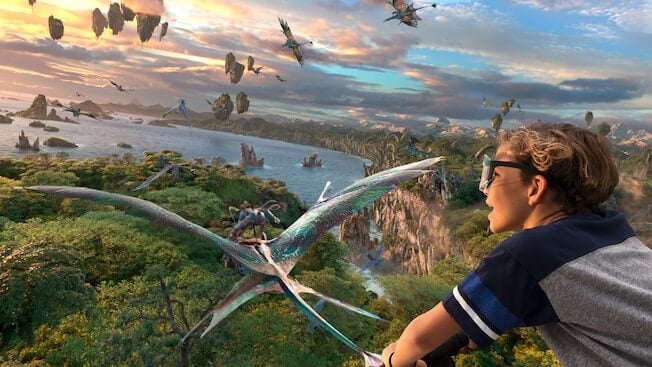 Getting a FastPass+ to popular attractions like Flight of Passage can save you hours in line.

The Disney Parks have truly stepped their game up in recent years when it comes to high-tech rides and attractions. From Rise of the Resistance at Star Wars: Galaxy’s Edge to Mickey & Minnie’s Runaway Railway at Disney’s Hollywood Studios and, shortly, Disneyland Park, Guests can expect some amazing experiences in the Parks.

Related: Disney Crawling Back To Pre-Pandemic Times, Increasing Park Capacity Up To 50%

One of Walt Disney World’s most technologically advanced rides can be found in Pandora – The World of Avatar at Disney’s Animal Kingdom Park. Opened in 2017, the land and the two rides it features have proved to be big hits with Guests, often boasting multi-hour waits.

Recently, however, it seems like all of the use and wear and tear has bogged down one of the rides, leaving it in a less-than-desirable state.

A video posted to TikTok recently discussed the apparent decline of the 3D graphics on Flight of Passage. See the video below from @themeparkauthor:

As shown in the video, apparently the position of the 3D projectors has shifted over time, which has caused some of the imagery to look blurry. This is nothing unusual and is common for projectors, but apparently Disney officials have not fixed the positioning to give Guests the best visual experience on the ride.

In the comments on this video, many Disney Park fans talked about the current quality of this attraction. One commenter said “went on it the other day and the 3D is so bad now. blurry and grainy.” Another user said, “My wife and I talk about how bad it looks every time we go!”

Another user said “Ok, I thought it was just me and my vision was getting worse. I even talked to my eye doctor about it because I was so worried!”

Hopefully, this issue will get fixed soon as Flight of Passage is truly an incredible ride and experience. At Pandora – The World of Avatar, Guests can experience an assortment of exciting attractions as well as enjoy delicious and inventive dishes at Satu’li Canteen. Flight of Passage and Na’vi River Journey both offer Guests exciting chances to experience Na’vi culture, facing thrills, chills, and dangers along the way. Na’vi River journey also features a jaw-dropping Na’vi Shaman, one of the most impressive and complex audio-animatronics ever built by Waly Disney Imagineering. More on Flight of Passage at Disney’s Animal Kingdom:

Climb atop a winged mountain banshee for a breathtaking 3D flight over Pandora’s otherworldly landscape.

At this time, Disney has not commented on the reports that the projectors on Flight of Passage are out of alignment.

Have you noticed this problem? Let us know in the comments below.