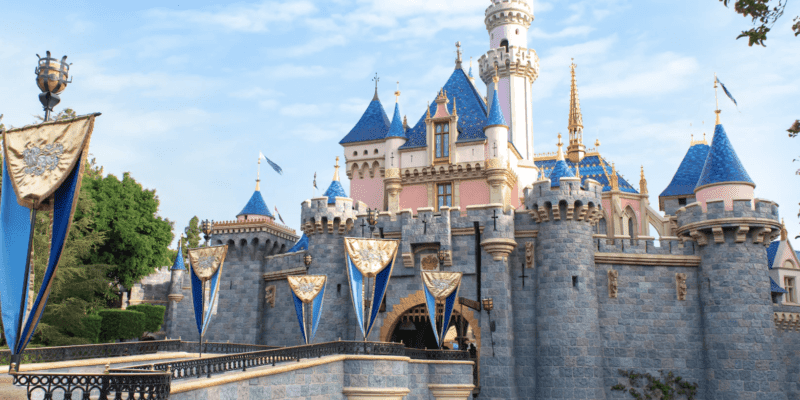 One of the best things about Disney is if you park really far from the main gate of your theme park, they will have a tram to bring you to the front of the Park so that you don’t have to waste your feet on a walk that doesn’t include a Mickey pretzel! After Walt Disney World and Disneyland Resort reopened, we saw the idea of trams disappear, and the long walk from Simba’s lot became the new norm.

Then, magic happened! At Walt Disney World, trams were announced to return to Magic Kingdom and EPCOT (only those using the Ticket and Transportation Center parking, however). Although not all the Parks have them, the TTC walk to the monorail is often very long, so it made sense to see the trams return there first.

Then, Disneyland Resort confirmed on its website that trams would be returning on Wednesday, February 23 with transportation from the Mickey & Friends and Pixar Pals parking structures to the Main Entrance between Disneyland Park and Disney California Adventure. This brings us to today, when Guests are finally riding the tram again!

Tram service at the Disneyland Resort will resume operations on Wednesday, February 23, 2022, providing Guests with transportation from the Mickey & Friends and Pixar Pals parking structures to the Main Entrance Esplanade between Disneyland Park and Disney California Adventure Park. Until that date, you can use a dedicated walkway from these parking structures to the parks. You may also park in the Toy Story Parking Area and utilize bus transportation or walk to the parks via Harbor Boulevard.

We can see that crowds have flocked to Disneyland to ride the trams after two years of not seeing them in action. YouTuber Fresh Baked! (@FrshBakedDisney) posted an exciting photo seeing the trams once again on Twitter.

I just ride the Disneyland Tram for the first time in over 2 years. It was magic.

I just ride the Disneyland Tram for the first time in over 2 years. It was magic. pic.twitter.com/UQKaRWl093

Although long lines were seen earlier when the Parks opened, both Disneyland Park and Disney California Adventure are both boasting average wait times. We will likely see wait times increase as April and May roll around with the Main Street Electrical Parade, Disneyland Forever, World of Color, and Fantasmic! all set to return in a few short months.

Are you excited to see trams return to Disneyland? Let us know in the comments below!