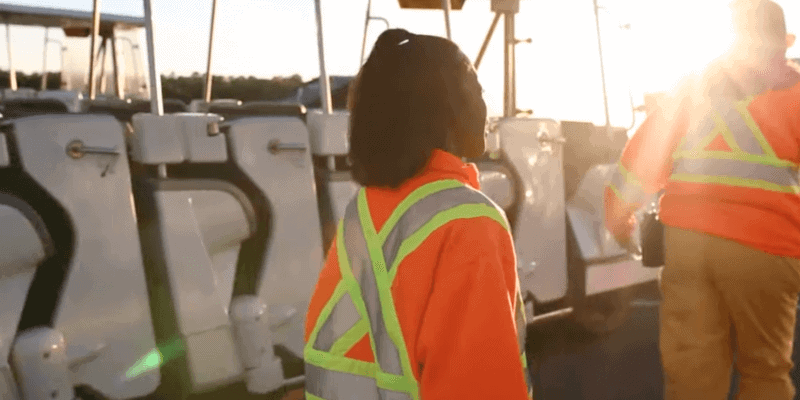 “Driver, you are all clear!”

The ongoing COVID-19 pandemic caused Disneyland Resort Guests to be without many major attractions and experiences over the course of the last few years, but the one most often mentioned is the tram transportation system that carried Guests from the parking lot to the Disney Parks.

Walt Disney World Resort announced the return of trams earlier last year and the popular transportation method has been slowly phased back in at the Orlando Disney Parks.

Still, Disney has remained silent on tram transportation returning in the parking lot at the Mickey & Friends and Pixar Pals Parking Structures. That is, until today.

Disneyland Resort confirmed on its website that trams would be returning on Wednesday, February 23 with transportation from the Mickey & Friends and Pixar Pals parking structures to the Main Entrance between Disneyland Park and Disney California Adventure.

Tram service at the Disneyland Resort will resume operations on Wednesday, February 23, 2022, providing Guests with transportation from the Mickey & Friends and Pixar Pals parking structures to the Main Entrance Esplanade between Disneyland Park and Disney California Adventure Park. Until that date, you can use a dedicated walkway from these parking structures to the parks. You may also park in the Toy Story Parking Area and utilize bus transportation or walk to the parks via Harbor Boulevard.

At this time, the Disneyland Monorail is still currently unavailable with no reopening date announced. Disneyland also offers complimentary bus transportation from Disneyland Park, Disney California Adventure, and the Toy Story Parking Area. Buses operate until approximately one hour after the last theme park closes. Guests may also walk to the parks via Harbor Boulevard.

Have you missed using the tram service at Disneyland? Let us know in the comments below.