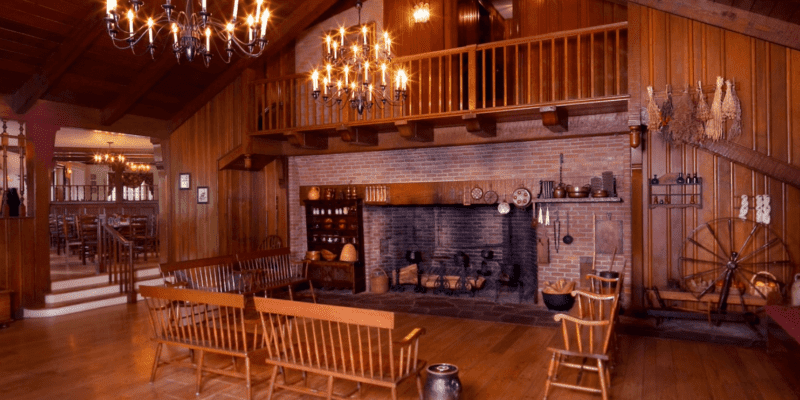 Ever since the pandemic, many have reported an increase in rude Guests. From cutting other parties in line to talking during shows, Disney Guests have been complaining about others.

And now, a new incident is being reported which is shocking many Disney fans.

Liberty Tree Tavern is considered a colonial-style inn and serves traditional New England-inspired fare including turkey, stuffing, cranberry sauce, and more. Additionally, to consider with the theme, each of the six rooms within Liberty Tree Tavern commemorates a pivotal figure in U.S. history!

Well, on a recent trip, a Disney World Guest recently visited Liberty Tree Tavern in Magic Kingdom to enjoy lunch with her family; however, things did not go according to plan.

The family who sat behind them decided to take off their shoes and socks in the middle of the restaurant and then proceeded to use a linen napkin to rest her feet.

“I ate at Liberty Tree Tavern for lunch [and] a family behind me sat down [at a table],” they explained. “One of the women — not a child — took off her tennis shoes, then took off her socks, grabbed the linen dinner napkin from the table and laid it down on the ground to rest her feet on.”

“I was mortified,” they said.

Have you ever experienced anything like this at the Disney Parks? Let us know in the comments below.