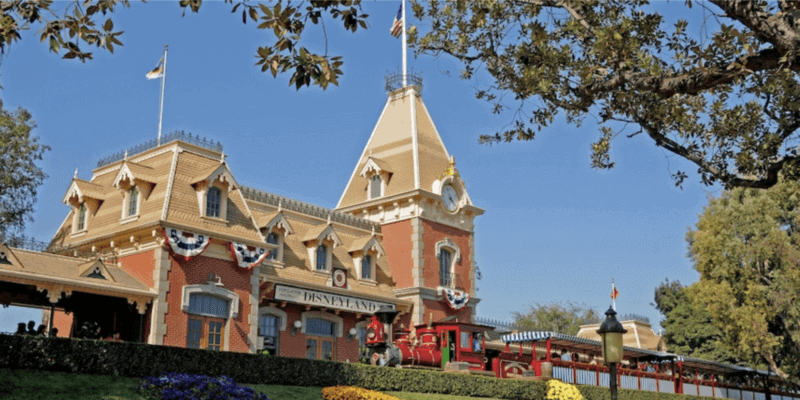 When visiting Disneyland, one thing you may notice is all of the security you will go through before entering the Park.

Security can be seen all throughout the Park as well, making sure Guests are safe and protected. Recently, however, a post on social media discussed how “inconsistent” security can be sometimes after one Guest was told to throw their belongings away before they could enter.

The comments were filled with questions, with many wondering why the Guest wasn’t allowed to bring this bag inside. User u/Phased5ek said:

i kind of get it with booster seats since they want to make sure guests aren’t sitting higher than people behind them for the parades and fireworks. it’s like — but not as bad as! — the photo (or video?) posted last month of a couple who pulled chairs away from Refreshment Corner to watch the parade, only to have a CM tell them they can’t do that. our local zoo here in seattle puts on summertime concerts and they are very strict about the height limitations for chairs and cushions in that same regard.

it sucks, though, that they are inconsistent about that sort of thing and allowed you to bring it in the previous night.

I would just go through another security checkpoint. Whoever turned you away for that is an idiot.

EDIT: Also, why wasn’t it allowed in? Did they give a reason? I would have never guessed that was a booster seat. Looks just like a normal bag to me.

I think securities policy is to break Eye contact and talk to their colleagues about nothing when i started asking questions. That’s what happened to me anyway. would have went to another line but we were the only people around. Too conspicuous. I don’t mind security at all. I prefer it actually… But with the recent “let’s chip away at the magic to make more money “ malaise in the air, it’s hard to shrug it off.

Disneyland’s official website lists several prohibited items, some of which are:

You can check out our full list of everything that will get you kicked out of Disney here.

Have you ever been turned away because of an item you were carrying? Let us know in the comments below.