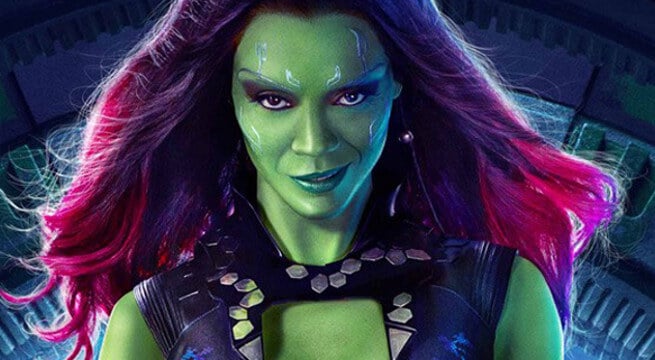 The Pirates of the Caribbean franchise is arguably one of the most popular IPs created by Disney.

Not only have fans loved the first five films, but the Disney Parks have taken the Jack Sparrow led story under their wings with many of the attractions being rethemed to the films in Disney World Resort, Disneyland Resort, and more! Although there is a lot of love for the films, one actress almost quit acting after starring in the franchise

Zoe Saldana is a widely known and loved actress for her work in the Marvel franchise as she stars as Gamora in the Guardians of the Galaxy films as well as Avengers: Endgame and Avengers: Infinity War. She also starred in the James Cameron hit Avatar and will be in the film’s sequel, which has been said to be titled Avatar: The Way of Water. The actress has also starred in Star Trek, and more, including being featured in Disneyland’s Guardians of the Galaxy – Mission Breakout!

Saldana starred in Pirates of the Caribbean: The Curse of the Black Pearl in 2003 as Anamaria and has opened up about not being treated with kindness or fairly. Cheat Sheet reported that Saldana noted:

“Those weren’t the right people for me. I’m not talking about the cast. The cast was great. I’m talking about the political stuff that went on behind closed doors. It was a lot of above-the-line versus below-the-line, extras versus actors, producers versus PAs. It was very elitist. I almost quit the business. I was 23 years old, and I was like, ‘F*** this!’”

“If I’m like ‘I could have been with my family, in school learning, or traveling, but instead I’m here being treated like an extra but in a very despicable way by people who don’t even speak properly…’, my time is being wasted,” she shared.

Saldana added that “I don’t want you to just post me on your wall and look at me. I want you to listen to me!”

Luckily, Saldana worked on The Terminal next, and we have Steven Spielberg to thank for keeping her in the acting business as he is the reason she did not quit.

The Pirates of the Caribbean franchise has been under fire as a whole after Disney decided to boot Johnny Depp (Captain Jack Sparrow) from the franchise. Johnny Depp and ex-wife Amber Heard have been entangled in a lawsuit for quite some time after Heard claimed Depp abused her. Depp has claimed that her allegations are false and untrue, and now, the pair is in a $150 million battle that will come to a close next spring. Although Depp has not been convicted of any crime, he has seen the repercussions of Heard’s public allegations.

This has caused fans to sign petitions to bring him back to the franchise, as well as threaten to boycott any future films. At the moment, there are two films that are seemingly being developed. One is a film that takes place in the same universe as the previous films but will have an entirely new storyline with a female-led cast starring Margot Robbie. The second is Pirates of the Caribbean 6, which would theoretically be a continuation of the first five films, written by Craig Mazin and Ted Elliott.

What do you think of Zoe Saldana’s experience? Let us know in the comments below!