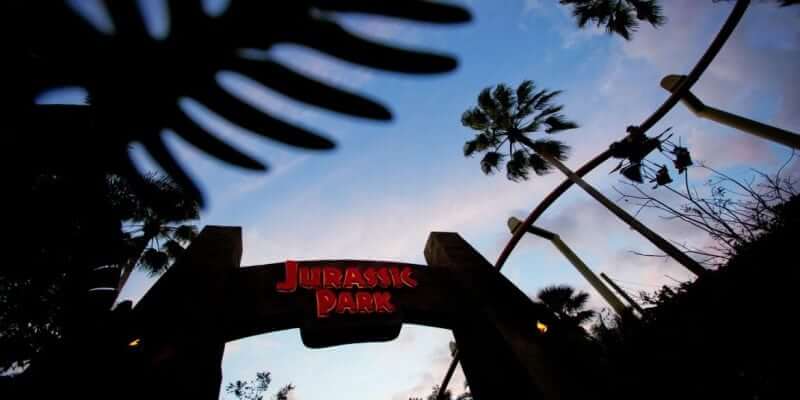 Universal Orlando Resort is home to many thrilling attractions, but it’s not just the rides that are beloved by fans.

If you visit Universal’s Islands of Adventure or Universal Studios Florida, you’ll be treated to an immersive experience that includes plenty of epic thrills to enjoy.

One of the most popular experiences outside of the rides at Universal is located in Jurassic Park at Universal’s Islands of Adventure.

Camp Jurassic is an interactive playground that is fun for all ages. Located across from Jurassic Park River Adventure and in the same section as Pteranodon Flyers, Camp Jurassic allows Guests to explore a mega recreation area with multiple levels that includes caves, water features, suspension bridges, dinosaur-capture nets.

Camp Jurassic reopened nearly a year ago for Guests to enjoy, but even today areas of the experience remain closed to the public. At first, only the caves and designated walking paths were open. Universal phased in the water areas and have now begun to reopen the net portions of the experience.

Still, at this point, the majority of the dinosaur-capture nets that can be climbed by Guests to reach a higher level remain closed.

Just recently, Inside the Magic explored Camp Jurassic and can report that Universal is currently restringing the nets in these sections and the plans seem to be to reopen this portion of the playground as soon as the new nets are installed.

This mega recreation area is a multi-level prehistoric playground where kids can have mammoth-sized fun. Explore dark caves and amber mines, climb dinosaur-capture nets and negotiate swaying suspension bridges as the ground rumbles with the roar of dinosaurs.

In addition, Jurassic Park River Adventure has been closed for several weeks undergoing scheduled maintenance. The popular water attraction is set to reopen on Saturday, January 29.

If you’re planning a trip to Universal Orlando Resort, there is plenty to experience.

Harry Potter and the Forbidden Journey, The Amazing Adventures of Spider-Man, Jurassic World Velocicoaster, Skull Island: Reign of Kong, MEN IN BLACK: Alien Attack, The Simpson’s Ride, E.T. Adventure Ride, Despicable Me: Minion Mayhem, Harry Potter and the Escape from Gringotts, Hagrid’s Magical Creature Motorbike Adventure, Race Through New York Starring Jimmy Fallon, Hollywood Rip It, Ride It, Rock It, and The Incredible Hulk Coaster are just some of the attractions that you’ll fall in love with while visiting Universal Orlando Resort.

In addition, Universal Orlando just announced that the Epic Universe– Universal’s newest theme park that is currently under construction-– should be completed and ready to open in 2025.