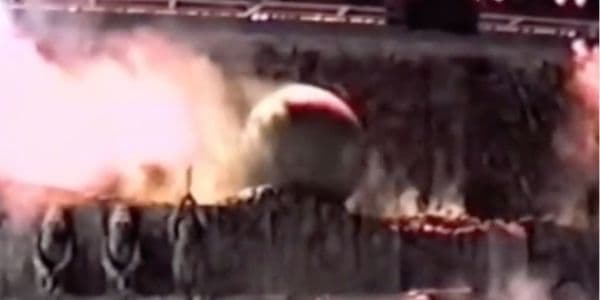 Snakes, why couldn’t it have been snakes?

Disney Guests have a ton of entertainment options to look forward to and enjoy while visiting the Disney Parks. whether it’s thrilling attractions like Splash Mountain and Rock ‘n’ Roller Coaster or fun and inventive shows like Fantasmic! and all of the fun parades that take place, there is so much fun to be had while at Walt Disney World. And speaking of shows, one of my and many Guests’ favorites can be found at Disney’s Hollywood Studios.

The Indiana Jones Epic Stunt Spectacular is an incredible and exciting show that places Guests right into the Indiana Jones film series as well as a real-life Hollywood set, letting audiences participate in film production. The show is amazing and showcases the talent of all the cast and crew, although things can go wrong sometimes and in an older video posted to TikTok, sometimes Indiana Jones himself cant outrun some obstacles. See the full video below:

As you can see in this older video, Indiana Jones can’t seem to outrun the giant boulder at the beginning of the show and is seemingly crushed by it. The ball then gets derailed and bounces toward Guests in the audience. Although this looks scary, there is no real danger here as the boulder is not a real piece of stone and is actually made out of rubber. While still heavy, the stunt performer playing Indy here was fine.

Check the Entertainment Schedule, the My Disney Experience app or the Times Guide at Disney’s Hollywood Studios for showtimes.

This outdoor show is subject to cancellation due to inclement weather. Showtimes are subject to change.

Have you ever seen something like this happen at a Disney World show? Which live-action show is your favorite? Let us know below!