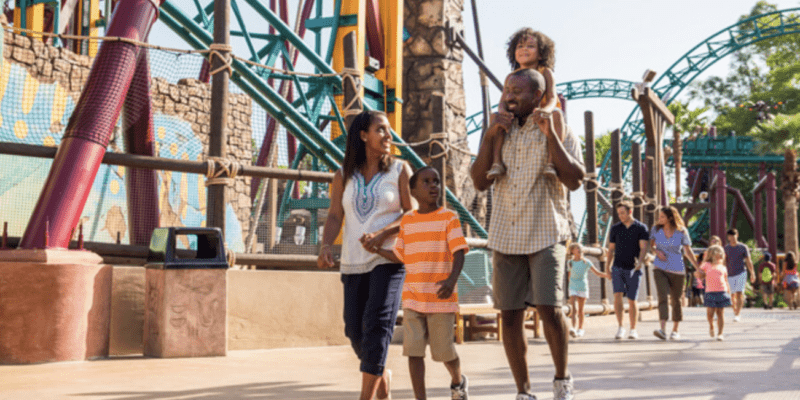 Imagine getting a free beer at Walt Disney World Resort? Unless you count your friend purchasing it on your behalf, the word “free” and “alcohol” are never used together unless you are stating “alcohol is not free.” It seems that the Florida theme parks around Disney, which serve as competition to Mickey Mouse, are stepping up their game and pulling in Florida tourists and locals with offerings of free beer.

SeaWorld Orlando and Busch Gardens Tampa are two massive theme parks that are very close to Disney World. SeaWorld is only minutes away, while Busch Gardens is a little further, but still in driving distance of the Orlando theme park area. Both theme parks offer a ton of themed attractions, both having to do with animals and wildlife. Unlike Disney, these Parks do offer much more thrilling attractions in terms of the level of coasters that they produce, and they have also taken a page out of the EPCOT festival book as both Parks offering festivals year-round with booths and lanyards available for purchase. At the moment, Mardi Gras is in full swing at Busch Gardens Tampa!

Last year, the Parks had a free beer promotion, and they have now announced the return of the offering. SeaWorld had the promotion running from January 15 – 17, which gave Guests 21 and older another reason to visit, and Busch is currently underway with their promotion which is running through to January 31. Although any SeaWorld Guest could enjoy the promotion, at Busch Gardens, only pass members, and Fun Card holders can grab their pour at Garden Gate Café.

Both theme parks have big ride debuts upcoming, which have roller coaster enthusiasts twirling with excitement. At SeaWorld Orlando, Ice Breaker will debut on February 18 the steepest beyond the vertical drop in Florida – a 93 feet tall spike with a 100-degree angle. On March 11, Iron Gwazi will return to Busch Gardens as an all-new hybrid coaster, mixing steel and wood for one wild ride.

We have recently discussed how theme parks are looking to compete with Disney, as Six Flags Magic Mountain has introduced their own version of the a la carte Lightning Lane pass, charging Guests per ride to skip the line for the most popular attractions. Now, it seems that the Parks on the east coast are learning how to share their unique light to tourists visiting The Most Magical Place on Earth. With a Sesame Street section for kids, wildlife, and intense attractions, both SeaWorld Orlando and Busch Gardens Tampa can cater to Guests of all ages and provide a very different theme park experience from Disney World or Universal Orlando Resort.

Do you ever venture off the beaten path when visiting Orlando theme parks?