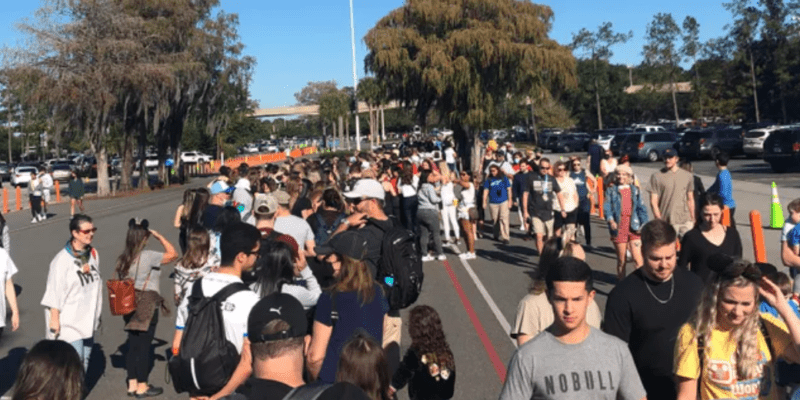 Inside the Magic has been reporting on the crowd levels during the holidays at Walt Disney World, but we have never seen something quite like this before.

Over the weekend, the Most Magical Place on Earth hosted the Walt Disney World Marathon — one of the busiest and most popular runDisney events. Well, as runners attended the event, more Guests visited Walt Disney World and the theme parks. With this being said, the security line, which Guests must go through at the Ticket and Transportation Center prior to visiting Magic Kingdom, stretched all the way into the parking lots.

One Disney World Guest and Reddit user, One-Performance-6578, shared a photo to the social media platform over the weekend showing the security line at Ticket and Transportation Center. As you can see in the post below, the security line stretched all the way into the Ursula parking lot.

As we mentioned before, Disney hosted the Walt Disney World Marathon this past weekend, which increased crowd levels as this runDisney event is one of the most popular.

The good news is the line should have continued to move as, last year, Walt Disney World took another step “into the future” and implemented a new contactless security system at all four theme parks — Magic Kingdom, EPCOT, Disney’s Hollywood Studios, and Disney’s Animal Kingdom — as well as at Disney Springs.

Did you visit Walt Disney World last weekend? How were the crowd levels? Let us know in the comments below.