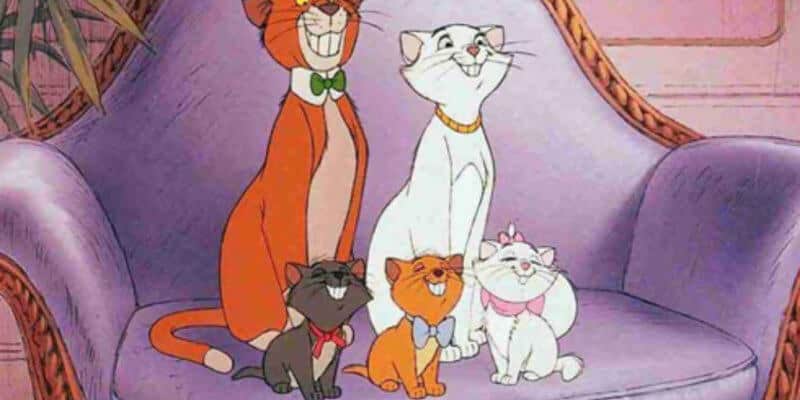 Disney has become known for its successful live-action adaptations of many popular classics.

Now, Variety has reported that the beloved classic The Aristocats (1970) will be getting its own version of a live-action adaptation. Directed by Disney animator Wolfgang Reitherman, the original voice cast of the classic included Phil Harris, Eva Gabor, Hermione Baddeley, Dean Clark, Sterling Holloway, Scatman Crothers and Roddy Maude-Roxby. The movie is known for its popular singalong tunes “Ev’rybody Wants to Be a Cat” and “The Aristocats.”

Will Gluck, who is known for his work in directing Peter Rabbit (2018), and Keith Bunin, who wrote Onward (2020), are set to pen the script.

A pedigree cat and her three kittens are catnapped by a greedy butler who hopes to gain the inheritance left to them. Things look hopeless until they are befriended by Thomas O’Malley, an easygoing alley cat.

In the heart of Paris, a kind and eccentric millionairess wills her entire estate to Duchess, her high-society ca, and her three little kittens. Laughs and adventure ensue as the greedy, bumbling butler pulls off the ultimate catnap caper in hopes of gaining the inheritance. Now it’s up to the rough-and-tumble alley cat, Thomas O’Malley, and his band of swingin’ jazz cats to save the day.

Disney is also set to produce a live-action adaptation of Snow White. The movie is set to star  Rachel Zegler (West Side Story (2021)) as Snow White and Gal Gadot (Wonder Woman franchise) as The Evil Queen.

The Aristocats is currently streaming on Disney+.

What do you think of Disney making a live-action adaptation of The Aristocats?

Comments Off on Disney Planning Live-Action Adaptation of ‘The Aristocats’