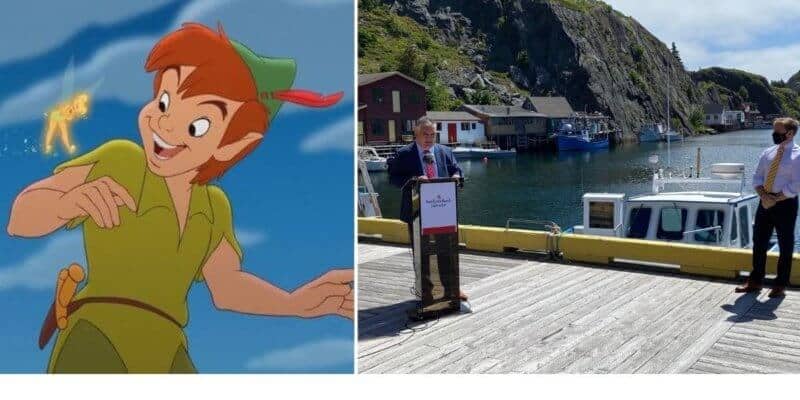 Through the years, Disney has turned some amazing Disney Classic movies and remade them into incredible live-action films. The most recent live-action, Cruella, played by Oscar award winner, Emma Stone became a Disney+ fan favorite.

Since 2020, Disney fans have been curious to hear what direction Disney’s newest live-action film, Peter Pan and Wendy will go in as they have been filming in Vancouver, Canada for the last four months. According to The DisInsider, filming, cast and crew are now being moved over to the eastern side of Canada!

Disney is coming to Newfoundland and Labrador! Movie cameraClapper board

Walt Disney Pictures will be filming the live-action Peter Pan & Wendy, premiering on @disneyplus, right here in our province. This industry continues to thrive and we are so excited about what lies ahead!

Disney is coming to Newfoundland and Labrador! ??

Walt Disney Pictures will be filming the live-action Peter Pan & Wendy, premiering on @disneyplus, right here in our province. This industry continues to thrive and we are so excited about what lies ahead! pic.twitter.com/u1vJC7DOlk

Disney’s film cast and crew of 150 employees including local technicians, artists, and film workers, will spend the entire summer here which is not too shabby! As you can see from the images Andrew Furey shared, it is scenically stunning, with gorgeous mountains and harbors looking over the Atlantic Ocean.

Disney is ensuring that all COVID-19 protocols will be followed while filming around Newfoundland and Labrador. It will be exciting to see if this island is where Neverland will be filmed, along with many scenes regarding the Jolly Roger, The Darling family manor, and mermaid lagoon.

Peter Pan and Wendy is scheduled to be released on Disney+ in 2022. This live-action Disney+ film will star and bring back some amazing Disney and Marvel actors including Alexander Molony as Peter Pan, Ever Anderson as Wendy, Jude Law (Captain Marvel) as Captain Hook, and Jim Gaffigan (Luca) as his loyal sidekick, Mr. Smee.

Are you excited to see this new Disney live-action film? Let us know your thoughts in the comments below!

Comments Off on Disney’s Live Action ‘Peter Pan’ Continues To Fly Through Canada!