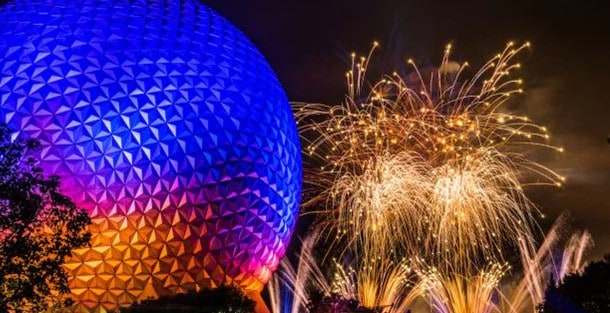 When visiting “The Most Magical Place on Earth”, Guests often want to have the most perfect and, well, magical day possible, whether or not this is possible.

Most of the time at the Disney Parks, this happens as Walt Disney World is filled to the brim with fun and exciting rides, attractions, and shows. Sometimes, though, things can go wrong and problems will arise. And unfortunately, these issues can, at times, be caused by other Guests.

A recent post on Reddit highlighted an issue Guests were having at the Walt Disney World Resort when it came to distracting from shows and performances in the Parks. See the full post from Bolt4Life below:

Thanks Mr. Livestreamer. I hope you got your likes while live streaming with your obnoxiously bright phone

Thanks Mr. Livestreamer. I hope you got your likes while live streaming with your obnoxiously bright phone from WaltDisneyWorld

Related: Galactic Starcruiser Is “Just a Mess,” Fans Call Out Yet Another Disney Decision

Maybe it’s just the shot, but dang those crowds look horrendous. That phone would be the least of my frustrations.

I went a few months ago, and it was awful. The entire crowd is pressed in elbow to elbow, with barely enough room to even turn around. All the kids could see was the rear ends of the people in front of us.

A decidedly unmagical experience. I don’t ever plan on doing it again.

We’ve been to MK during the fireworks at least a dozen times since they were brought back after covid and every single time, even on slow park days, fireworks were wall to wall people from the castle all the way down main street. Idk if its bc fantasmic and rivers of light are gone and harmonious is so late or what, but it’s insane compared to pre-covid.

It’s not as bad as those [people] that use iPads. I never got that, I have this wonderful camera in my compact device but let’s use this 12 inch monstrosity no one can see around to record this thing that we will never watch again.

Disney always encourages Guests to silence their phones and devices and show respect while watching live shows and performances, and Guests should follow these guidelines. While firework shows are a little different, it is still kind to think about other Guests you may be blocking. Many think that, since the COVID-19 pandemic started in 2020, Disney Guests and crowds have become more rude and uncaring.

That being said, capturing the moment of your favorite fireworks show at Disney is not prohibited by any means, and is something nearly every Guest does at one point or another during Disney Enchantment, Harmonious, or any other show such as the previous Magic Kingdom spectacular Happily Ever After, or the soon to return Fantasmic!

Have you encountered distracting Guests at Walt Disney World? Let us know in the comments below!