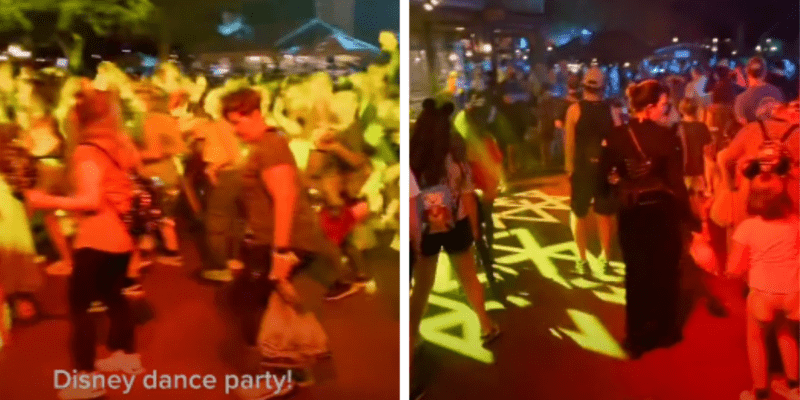 Walt Disney World Resort Guests are ringing in the New Year in style.

If you’re not in the Disney Parks and want to still get a taste of the magic, Disney Parks Blog will be live streaming the event.

It’s hard to believe 2021 is already coming to an end, and what a year it’s been! We know many of you at home can’t join us in-person for New Year’s Eve this year, but we didn’t want that to stand in the way of you ringing in the new year with some Disney magic. So we’re bringing our festive countdown fireworks straight to everyone with a LIVE broadcast of the New Year’s Eve “Fantasy in the Sky” fireworks beginning Friday, Dec. 31 at 11:48 p.m., ET.

Our live stream of the spectacular “Fantasy in the Sky” at Magic Kingdom Park will feature a variety of breathtaking views of the festive fireworks.  See the sky sparkle above Cinderella Castle to music from favorite Disney films and other fun tunes from popular attractions.

We have continued to carefully manage our theme park attendance through the Disney Park Pass Reservation system, and that practice continues for the New Year’s Eve holiday. Since so many cannot be here for the display, we hope people worldwide will join us virtually to count down to the start of 2022 with a delightful dose of Disney magic for the entire family.  Be sure to check the front of the Disney Parks Blog for the live stream.Disney World has a whole host of events planned for the New Years’ weekend and that all began last night with some New Year’s Eve Eve celebrations.

TikTok user @brittanyelizabeth83 posted a video of the dance party, which started before “Fantasy in the Sky Fireworks.”

As you can see in the video, crowds were enjoying the opportunity to dance and celebrate the end of 2021.

DJ Dance Parties, Epic Firework Celebrations, and much more will be on the docket tonight as Guests officially ring in the New Year.

If you’re visiting Magic Kingdom or EPCOT tonight, you’ll have a chance to experience special New Year’s Eve fireworks! At Magic Kingdom, the fan-favorite fireworks show “Fantasy In The Sky Fireworks” will start at 11:50 p.m. tonight. Disney Enchantment will also be available for Guests to enjoy that evening at 6:30 p.m.

Over in EPCOT,  Walt Disney World Resort will be hosting a show titled “New Year’s Even Countdown Fireworks” to take place in the World Showcase lagoon at 11:54 pm and Harmonious will also be performed earlier in the evening at 6:30 p.m.

Are you ringing in the New Year at Walt Disney World Resort tonight? Let us know in the comments.