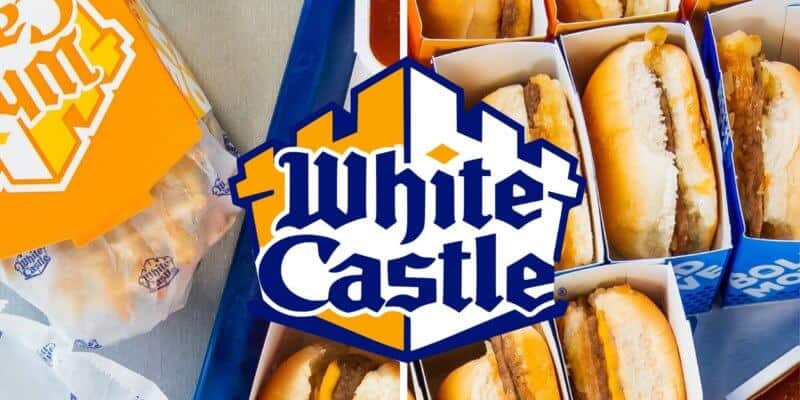 A few months ago, a new castle came to Orlando, and it had longer lines to enter than Disney World ever has for quick-service food.

When White Castle announced that they would be opening up an Orlando location, many were ecstatic about the news. The biggest White Castle location in America now sits in Orlando, and even after nearly one year of operations, it still boats 20-40 minute drive-thru wait times. When the location opened, Guests were waiting over five hours in a drive-thru line that extended for over a mile down the road. Now, it seems that that success could mean more White Castle for Disney World Guests!

Although Disney World is home to amazing food options — whether that be quick service or table service dining — sometimes, having a fast-food burger and fries is exactly what you need on your Disney World vacation. Although currently McDonald’s is the only on-property fast food location that is not Disney-owned, Guests can travel minutes outside of the archway for more variety.

Located in O-Town West, White Castle is a very short drive from Walt Disney property, and eventually, the company will offer delivery!  Inside the Magic spoke with White Castle Vice-President Jamie Richardson, who discussed what options would be available to Disney World Guests who want to experience two castles in one vacation. When White Castle opens, the location will only be available until 3:00 a.m. for Guests who would like to drive or Uber to the location. Eventually, however, a 24-hour delivery service will be available.

Now, because of the success, Florida expansions for White Castle are in the realm of possibilities. The Orlando Sentinel reported:

Orlando’s nearly 8-month-old White Castle is on pace to set a single-year sales record for the chain, an obviously positive sign for the company’s future in the state.

“This exceeds every sales record so far that we had set previously,” said White Castle vice president Jamie Richardson. “Certainly it would be irresponsible of us not to consider what might come next in Florida.”

Although it was not said where the Florida expansions would be, and also, if this is something that is seriously being considered, it is not a surprise that the Orlando location is likely doing well with the combination of local and tourist crowds that it can attract due to its proximity to Walt Disney World. It would be interesting to see White Castle open on the other side of town near Universal Orlando Resort, a section of Orlando that is also flooded with tourists and locals.

Who knows, maybe Cinderella Castle will not be the most popular castle in Orlando one day!

Would you like to see more White Castle’s built near Disney World? Let us know in the comments below!