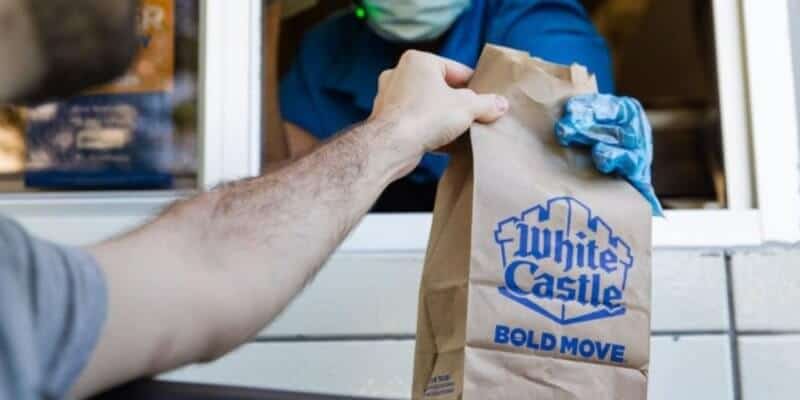 If you are a fan of Disney World, the Harold and Kumar film franchise, or White Castle’s famous hamburger sliders, we have exciting news for you! The new White Castle location near Disney World has officially announced an opening date of May 3, and theme park Guests are only minutes away.

We have been reporting on the new White Castle being built O-Town West development on Daryl Carter Parkway near Disney Springs for quite some time, as this will be the first White Castle in the state of Florida in 50 years. It will also be the largest free-standing White Castle in the world at a whopping 4,567 square feet.

Plus, its proximity to the Disney World parks and resorts is a huge asset, because even though a late night Quick Service burger from Disney World food courts could fill the hunger void, sometimes, Guests may want a patty that is a little tastier — and now that option will be a very short Uber ride or drive away.

Even though White Castle may be opening in just a few days, there is a catch.

When the ghost kitchen opened in February, according to the Orlando Sentinel, it had to shut down “abruptly” due to overwhelming demand. Now, it seems that White Castle has learned that the people of Orlando are craving their food because their burgers now have a limit as to how many each customer can order.

There is one restriction for eager customers at the new restaurant: A limit of 60 sliders per visit.

For White Castle to put a limit of 60 sliders means that the location was anticipating customers to order even more than that! I know that people can get hungry, but 60 burgers is a lot of meat to eat in one sitting. That being said, if you are a large group traveling to Disney World and you want an affordable meal, White Castle has had deals of 10 sliders for $5.99, so it really is an affordable meal experience.

It’s also important to note that White Castle’s burgers are smaller than many standard fast food hamburgers, so people often find themselves eating more than they might at other establishments. This likely played a role in the 60-slider restriction.

Will you be one of the first to try White Castle?