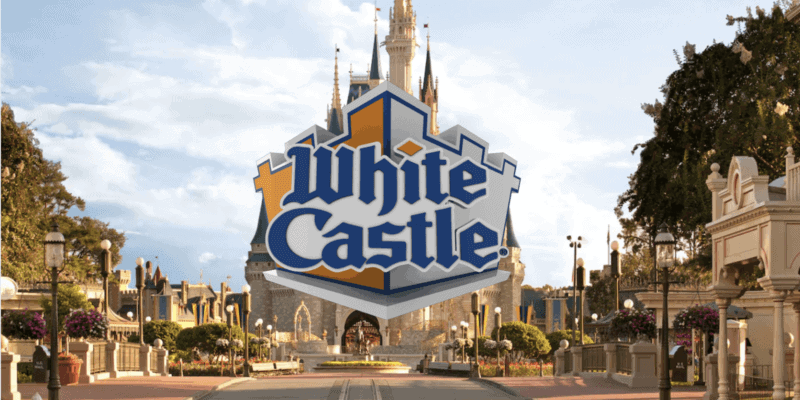 The White Castle fast food chain is extremely popular in certain areas of the United States, but hasn’t had a presence in Florida for over fifty years!

Now, there’s about to be a new castle in Orlando — watch out, Cinderella Castle. Following it’s five-decade absence from the Sunshine State, White Castle is expected to break ground this month on it’s largest restaurant in the world near Walt Disney World Resort.

According to a report from FOX 35 Orlando:

The new White Castle will be the largest one for the chain. The restaurant is expected to create over 100 jobs in the Central Florida area.

Known for its tiny square-shaped hamburgers, the menu also includes a variety of sliders like sloppy joe sliders and chicken and waffle sliders. If you need a side to go with your main entree, you can choose from a variety of options like mac ‘n cheese nibblers, chicken rings, corn dog nibblers, and of course, french fries.

This new fast food restaurant — which will be over 4,500 square feet and should open sometime in 2021 — will offer Walt Disney World Guests another quick and affordable dining option near Disney property — similar to the existing McDonald’s that recently underwent a remodeling job!

What other new food is coming to Disney World?

In addition to this new White Castle restaurant near Walt Disney World, some new onsite dining options are also gearing-up to open soon.

Disney Springs will welcome Everglazed Donuts & Cold Brew and Gideon’s Bakehouse in the near future. Both of these new establishments will give Disney Guests and Orlando locals exciting menu options to try, including Gideon’s famous half-pound chocolate chip cookies! Yum!

Neither of these restaurants has an official opening date, though Gideon’s Bakehouse has signage posted that reads “Opening 2020” and Everglazed is currently hiring workers in the Orlando area.

Do you have plans to visit Disney World soon? Let the experts at Academy Travel help you plan every detail of your vacation!