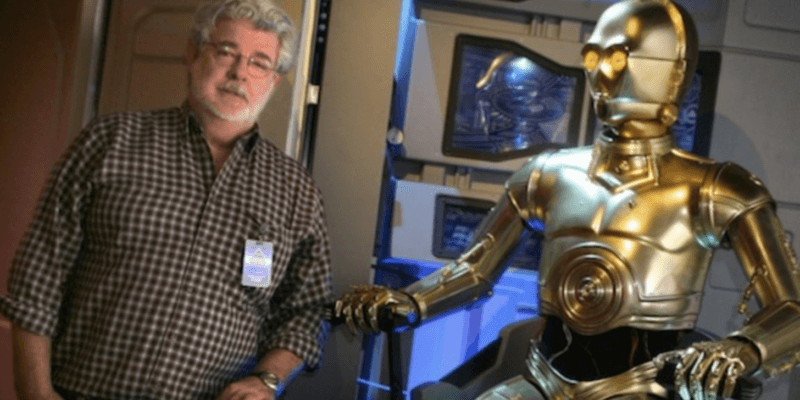 George Lucas has been recognized as one of the greatest film producers, directors, and screenwriters of all time because of his work in creating the Star Wars saga.

Now, nearly a half-century later, an undiscovered letter written by Lucas just after the release of the original Star Wars: Episode IV – A New Hope (1977) has surfaced.

Hidden away for 44 years, it was buried and forgotten until one day famed Star Trek writer, David Gerrold, came across it. The letter was addressed to Gerrold and was written in response to some of Gerrold’s potential ideas for a Star Wars sequel, which ultimately, of course, came to fruition in the form of Star Wars: Episode V – The Empire Strikes Back (1980), which many argue is the greatest sequel of all time.

Gerrold explains that though he believed Lucas had his own ideas for the upcoming sequels, he thought it was very gracious of the director to take time to send a letter in response.

“While I was pretty certain that George Lucas already had his own ideas in mind, I followed my agent’s advice and sent a note– mostly to congratulate George on one of the most enjoyable and exciting moves I’d ever seen. It wasn’t just a great movie, it transformed the entire industry, changing everybody’s idea of what was possible in a motion picture.”

The letter was recently acquired by a Beverly Hills gallery, The Billionaire Collection, and is currently on sale on their website and on eBay for $77,000. It has been authenticated by Beckett, one of the leading authenticators in the world.

The official site describes the collector’s item as:

“Just as amazing is the content of this incredible letter, dated August 29, 1977, just three months after the release of the original Star Wars, is addressed to and in response to a letter sent by David Gerrold, the famed writer of “The Trouble with Tribbles” episode of Star Trek. In this amazing piece of Star Wars history, George Lucas responds that he has asked that Gary Kurtz, the producer of the original Star Wars and soon to be follow up film “The Empire Strikes Back”, to read the material that Gerrold has sent in connection with writing for the “Star Wars” sequel. This is a huge revelation connecting the Star Wars universe with the science-fiction royalty of Star Trek. At the conclusion of all of this, the Godfather of the Star Wars universe himself, George Lucas, has hand written his full signature, something that you will just never see. The Ralph McQuarrie letterhead, the fact that it’s a response to a writer of the Star Trek series, the mention of Star Wars producer Gary Kurtz, the mention of the Star Wars Sequel, the fact that this letter was written in 1977 just three months after the release of Star Wars A New Hope, and the fact that George Lucas typed this unbelievable overall content and hand signed his full and complete signature at the conclusion, makes this treasure a priceless piece of Star Wars history.

George Lucas was a dreamer, and a visionary, that believed so deeply in his ideas that he was able to build a legacy that is still growing and being carried on by others, almost 50 years later. This piece should serve as an inspiration to entrepreneurs, dreamers, filmmakers and anyone out there with a huge vision of their own.”

Since Star Wars was first released in 1977, the Skywalker Saga — which includes the original trilogy, prequel trilogy, and sequel trilogy — has become one of the most beloved franchises in history.

Lucasfilm, Ltd. was acquired by The Walt Disney Company in 2012 for a cool $4 billion and the Star Wars universe has gone on to inspire not only new Star Wars movies and series — including The Mandalorian — under the Disney banner, but the Star Wars: Galaxy’s Edge land at both Walt Disney World Resort in Florida and Disneyland Resort in California.

What do you think of this letter written by George Lucas? What if David Gerrold had gotten input in the creation of the Star Wars sequels?

Comments Off on “Undiscovered” George Lucas Letter Listed For $77,000