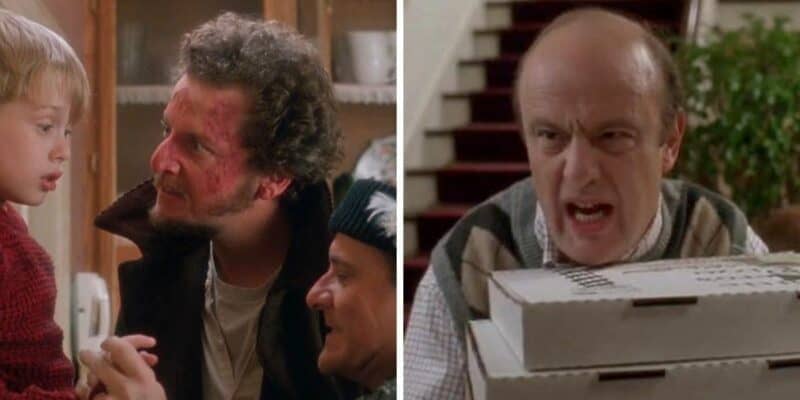 Home Alone, starring Macaulay Culkin as Kevin McCallister, is one of the most popular holiday films. If you aren’t familiar, it follows Kevin as he is unexpectedly left home alone after his family rushes out of the house to try and catch the plane for their upcoming vacation.

Meanwhile, the Wet Bandits, Marv Murchins (Daniel Stern) and Harry Lyme (Joe Pesci), are going around the block, breaking into homes, stealing various expensive items, and then leaving the water running so the police know who was responsible. The Wet Bandits are, obviously, looked at as the “villains” of the film as not only are they breaking the law, but they try to kill Kevin out of spite.

But what if we told you The Wet Bandits weren’t the real villains of the film, and instead, it was Uncle Frank?

Though Uncle Frank did not go around breaking into houses during the holiday season, or try to kill Kevin, he was extremely mean to the 8-year-old and tormented him, in front of his entire family. For starters, after chaos erupted in the kitchen the night before the McCallister family had to leave for vacation, Kevin accidentally spilled some milk, which ended up all over the plane tickets and some pizza. Despite it being an accident, Uncle Frank, who is not one of Kevin’s parents, called him out in front of the entire family by saying “Look what you did, you little jerk”. Maybe next time he should act like an adult instead of emotionally abusing an 8-year-old.

Uncle Frank is also extremely cheap and takes advantage of Peter (John Heard) and Kate (Catherine O’Hara) time and time again. Not only are the McCallister‘s paying for the entire family vacation, but they are also letting them stay the night at their home, free of charge, Plus, Uncle Frank wouldn’t even step up and pay for the pizza when he had the chance to.

Not only does Uncle Frank lack any sort of emotion, but he also lacks empathy and treats the McCallister’s unfairly, despite being related. Many fan theories have proven that Uncle Frank is the true villain of Home Alone.

What do you think? Is Uncle Frank is the true villain of Home Alone? Let us know in the comments below.