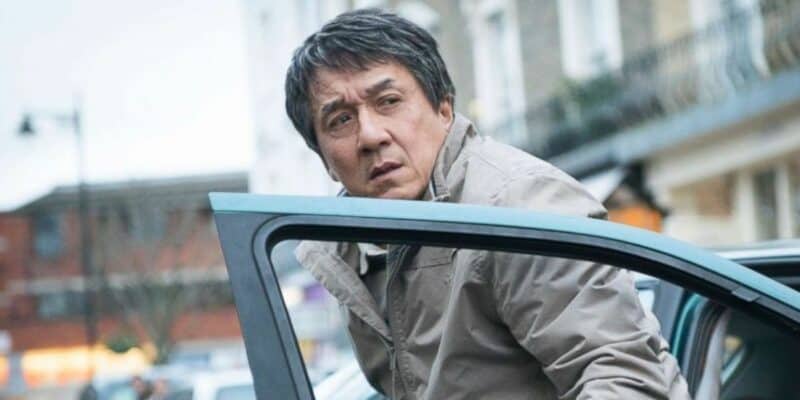 Shang-Chi and the Legend of the Ten Rings (2021) has quickly become the biggest hit of Marvel’s Phase Four thus far. Though Spider-Man: No Way Home (2021) is certainly about to take the title. However, Marvel Studios already confirmed that a sequel for the first Asian American superhero film is in the works with director Destin Daniel Cretton returning.

When Marvel fans last saw Shang-Chi (Simu Liu) and his best friend Katy (Awkwafina) they were whisked away by Wong (Benedict Wong) to meet Carol Danvers AKA Captain Marvel (Brie Larson) and Bruce Banner AKA Hulk (Mark Ruffalo) to discuss his legendary Ten Rings. The breakthrough entertainer has wasted no time taunting his doubters with the news of his next entry in the the Marvel Cinematic Universe.

The end of the film also set his sister Xialing (Meng’er Zhang) up as a new criminal powerhouse. The sequel could pit the two martial artists up against each other, as they have many times in Marvel Comics. Though director Destin Daniel Cretton revealed that he and Marvel Studios have not decided on any concrete plot points for Shang-Chi 2 just yet. This just leaves Marvel fans the chance to theorize about what Marvel’s Master of Kung Fu could get up to next.

But now that Shang-Chi and the Legend of the Ten Rings is available to stream on Disney+, Cretton was asked by CinemaBlend what he could tell them about his next Marvel film. And he shared one idea that has Marvel fans chopping at the bit for it to become a reality saying:

“I mean, if we could ever get Jackie [Chan] into a movie that would be a lifelong dream of mine.”

And while he did not share what role he had in mind for one of the greatest martial art actors of all time there are plenty of characters from Marvel Comics that he could be. Or Marvel Studios could create another brand new character as they did with Katy.

He was rumored to be playing Zheng Zu (previously named Fu Manchu), Shang-Chi’s comic book father in Shang-Chi but that character was reimagined as Xu Wenwu (Tony Leung). It also would not be out of the question to cast Jackie Chan as someone like Silver Samurai AKA Keniuchio Harada. Marvel Studios just got the rights back to the Silver Samurai after the 20th Century Fox merger, he was last seen battling Logan (Hugh Jackman) in The Wolverine (2013).

Some of Jackie Chan’s notable martial art films include The Karate Kid (2010). Rush Hour (1998), Police Story (1985), and Drunken Master II (1994). He has been a cultural icon even before he transitioned from Hong Kong cinema to mainstream American films. And who could forget the Jackie Chan Adventures, the animated series from the early 2000s?

For now, other than Awkwafina and Simu Liu it has not been confirmed which of the characters will return in Shang Chi 2. Hopefully, Marvel will give fans more of Jiang Nan (Michelle Yeoh, who once kicked Jackie Chan’s butt). And Florian Munteanu as Razor Fist would be a great addition as well.

Let us know in the comments if you want Jackie Chan in Shang-Chi 2 and who you think Destin Daniel Cretton could have him play.