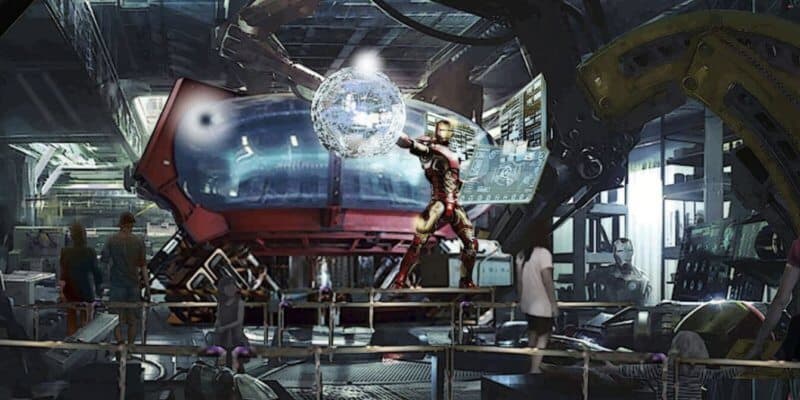 Construction has been progressing on the highly-anticipated Iron Man coaster at Disneyland Paris. As we inch closer to completion, Disney has officially begun testing select elements on the building!

Disneyland Paris originally announced plans for the upcoming Iron Man coaster at D23 Expo Japan 2018 and is set to be part of the new Marvel-themed land at Walt Disney Studios Park in Disneyland Paris. So far, all we know is that the coaster will be “a high-speed, hyper-kinetic adventure where Guests will team up with Iron Man and their favorite Avengers,” per Disney CEO Bob Chapek.

We also know that in 2019, Disneyland Paris permanently closed its version of Rock ‘n’ Roller Coaster to make way for the brand-new Iron Man-themed coaster.

Inside the Magic has continued to update you on the construction progress for the Iron Man coaster, and now, thanks to DLP Report on Twitter, we have confirmation that testing has officially begun on select elements — specifically the LED backlighting panels on the facade!

First tests in progress for some of the LED backlighting panels of the Iron Man Coaster facade at Avengers Campus! #WDS2

🔧 First tests in progress for some of the LED backlighting panels of the Iron Man Coaster facade at Avengers Campus! #WDS2 pic.twitter.com/BZNmh6J8mW

In the meantime, Guests can still soak up the magic and once again visit Disneyland Park, Walt Disney Studios Park, Disney’s Newport Bay Club Hotel, and Disney Village as they officially reopened on earlier this year! If you plan to visit Disneyland Paris in the near future, keep in mind that Guests must abide by the new safety protocols.

Do you want to visit a Disney Park on your next family vacation? Start planning today with the help of our friends at Academy Travel!