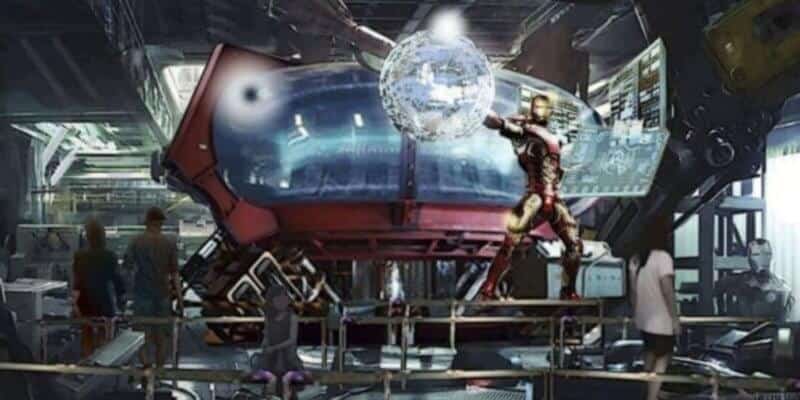 Calling all Iron Man fans — we are inching closer and closer to the debut of the highly anticipated Iron Man-themed coaster. As construction progresses, we have an updated look at the building for you!

Disneyland Paris originally announced plans for the upcoming Iron Man coaster at D23 Expo Japan 2018 and is set to be part of the new Marvel-themed land at Walt Disney Studios Park in Disneyland Paris. So far, all we know is that the coaster will be “a high-speed, hyper-kinetic adventure where Guests will team up with Iron Man and their favorite Avengers,” per Disney CEO Bob Chapek.

We also know that in 2019, Disneyland Paris permanently closed its version of Rock ‘n’ Roller Coaster to make way for the brand-new Iron Man-themed coaster.

Due to the ongoing pandemic, construction was halted on several projects at the Disney Parks, but in March 2021, we shared a look at construction continuing on the show building theming for the Iron Man-themed coaster.

Now, thanks to DLP Report on Twitter, we have a new and updated look at that show building as supports have now been installed:

At Avengers Campus, supports have been installed for the next layer of the Iron Man Coaster responsive screen facade:

? At Avengers Campus, supports have been installed for the next layer of the Iron Man Coaster responsive screen facade: pic.twitter.com/MjLqdWB8pS

In the meantime, Guests can still soak up the magic and once again visit Disneyland Park, Walt Disney Studios Park, Disney’s Newport Bay Club Hotel, and Disney Village as they officially reopened on June 17! If you plan to visit Disneyland Paris in the near future, keep in mind that Guests must abide by the new safety protocols.