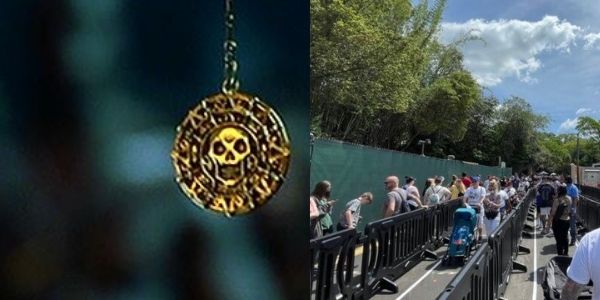 Disney World offers Guests so many rides, shows, and attractions that Guests can often be overwhelmed with the number of choices. Over the years, Walt Disney World has built up an impressive collection of fun and exciting experiences. Rides like Peter Pan’s Flight, Seven Dwarves Mine Train, and the infamous Splash Mountain are staples of the Disney Parks both domestic and international. Because of the success of these attractions, however, the lines for each of these rides can be quite lengthy.

While there are a few ways Guests can combat long wait times such as Disney’s new Genie and Genie+ services as well as the single rider lines available at some attractions, for most Guests, you will be waiting in a queue sooner or later. One of the most secret and magical ways to “skip” the line is by way of becoming a pirate as detailed by one Guest’s peculiar Reddit post.

In the post, entitled “Legend of the Golden Coin”, a Guest recalls the time their friend’s son was given a gold coin by none other than Captain Jack Sparrow (Johnny Depp) which allowed the child to become “Pirate Captain” for the day at the Magic Kingdom. Becoming the leader of the pirates wasn’t the only thing this coin allowed, however, as it also got him moved to the front of the line at one of Disney’s most famous rides, The Jungle Cruise. Once in line, the post claims the child was saluted by everyone, Cast Members and all. He even got a note from the skipper of the boat which thanked him for taking the legendary gold coin and becoming Pirate Captain for the day.

Have you ever heard of this secret gold coin that lets you skip lines? Do you have a secret way to skip the long wait times at Disney World?