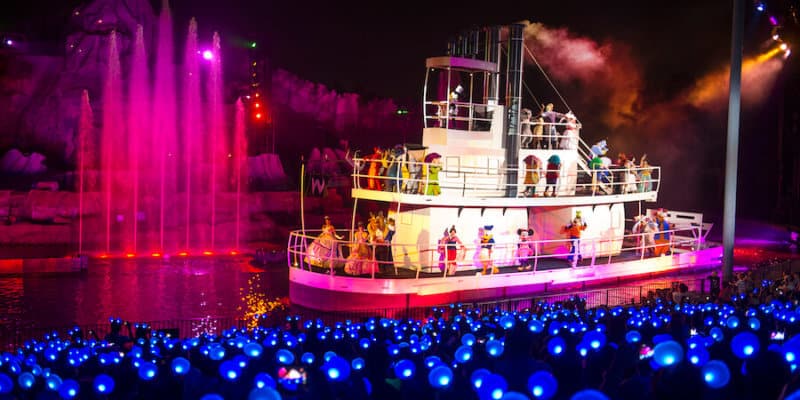 This show is nothing like you’ve ever experienced before, for both Guests and Cast Members. What we mean by that is Fantasmic! actually has one of the most dangerous jobs for character performers on property.

Warning: The following video may ruin Disney magic for some. Proceed with caution.

If you’ve ever seen Fantasmic!, you know that towards the end of the show, a boat with various Disney characters comes out as fireworks light up the night sky. Well, what you didn’t know is that these Disney character performers actually have to run for cover after the boat goes backstage in order to avoid being hit by fireworks debris. However, there is one character that cannot run because she doesn’t have legs. Of course, we are talking about Ariel.

Since Ariel is a mermaid, she does not have legs, and for her safety, she is tethered to the boat. Once the other Disney characters take cover, Prince Eric has to give Ariel a fireproof blanket so that she can protect herself from falling fireworks debris.

You can see Prince Eric covering Ariel with the fireproof blanket in the TikTok video below:

Inside the Magic will update you as we get more information regarding the return of the popular nighttime spectacular.

Did you know that Ariel had to cover up using a fireproof blanket in Fantasmic!? Let us know in the comments below.

Comments Off on Disney Characters Actually Get Hit With Fireworks Debris During Fantasmic!