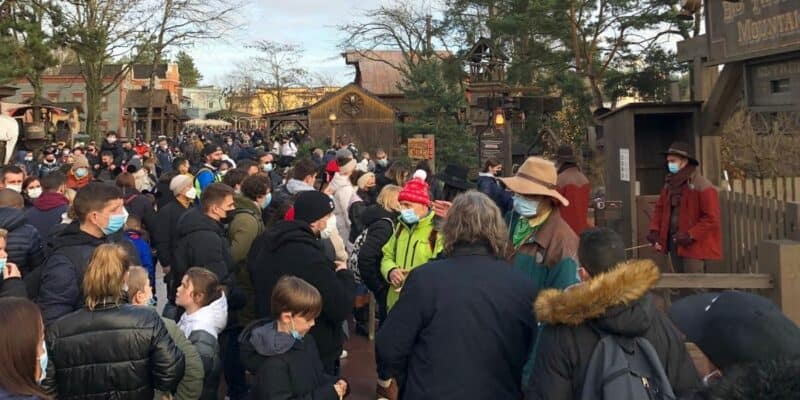 When a Disney attraction is closed, oftentimes, this can cause quite the backup and crowding of Guests in the area.

Today at Disneyland Paris, there are quite a few attractions that are temporarily closed, or under refurbishment. The attractions which are under refurbishment were among the few that Guests were expecting to see shut down; however, when a ride closed unexpectedly for maintenance issues that must be fixed, you many have a much more confused crowd.

Below, we can see that Pixie Dust (@Pixiedust_be) shared a photo of what the ride, Big Thunder Mountain, looks like right now. As we can see, Cast Members are blocking the entrance to BTM as large crowds circle in attempt to enter the queue. The attraction likely has a lot of Premier Access Guests confused as they may have purchased a return time for the attraction earlier in the day.

The ride is not set to be closed today, so rest assured that it will likely be up and running shortly.

Even with the closures, Disneyland Paris is packed!

Below is a list of all closed attractions today at Disneyland Paris Resort:

What ride would you hope to never close? Let us know in the comments below!