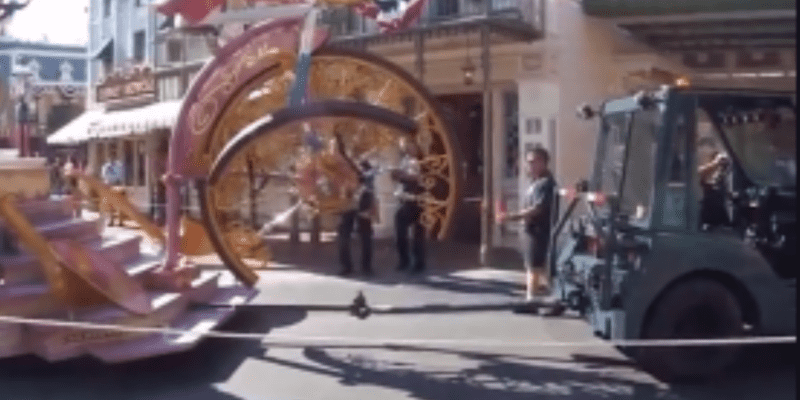 Even in the magic of Walt Disney World Resort and Disneyland Resort, mishaps happen.

One of the most magical portions of visiting a Disney Park is viewing the parades and taking part in the festivities that come with meeting characters.

Unfortunately, things don’t always go as planned during these times.

TikTok user @_disney._stuff_ shared a video of a parade float being towed away after breaking down at Disneyland Resort.

The resurfaced video shows the float being towed away, unable to function on its own.

Daytime parades have yet to return to Walt Disney World in Orlando, but Disney recently announced that from December 22 through to the end of the month on December 31, Magic Kingdom Guests will be able to see Mickey’s Once Upon a Christmastime Parade, twice a day. Festival of Fantasy is also set to return to Magic Kingdom next year; however, an exact timeline has not yet been announced.

Disneyland Resort also announced that the Mainstreet Electric Parade, Fantasmic!, World of Color, and Disneyland Forever fireworks spectacular would all be returning in the spring of 2022.

What do you most enjoy about the Disney Park parades? Let us know in the comments.

Comments Off on VIDEO: Disney Parade Float Breaks Down, Has To Be Towed Out