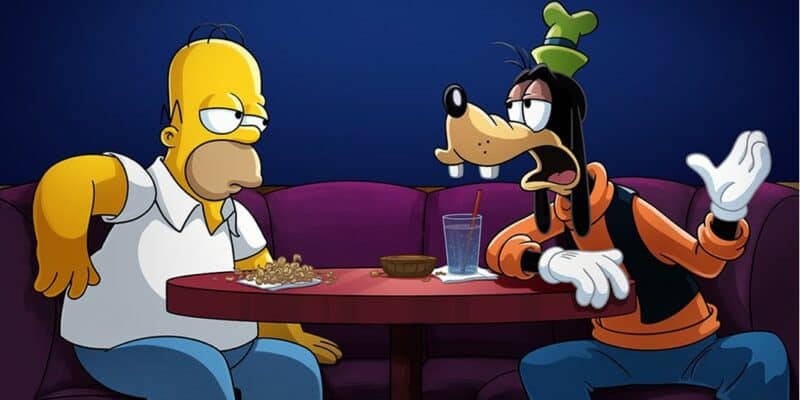 The streaming giant, Disney+, is preparing to celebrate its two-year anniversary! As the entertainment destination for all things Disney, Pixar, Marvel, Star Wars, and National Geographic, it’s no wonder Disney+ is giving Netflix a run for their money. Disney+ will turn two on November 12 which has been deemed Disney+ Day. Along with a fantastic new two-year celebration trailer, Disney+ is also dishing out a new poster for an animated short we’ll be able to stream soon.

It looks like Homer and Goofy are sharing a moment… while both are looking rather unimpressed! The DisInsider shares the upcoming plot of the new short film debuting on November 12:

Before Disney+ Day, you may want to spend some time catching up on Disney+ shorts from The Simpsons. The Simpsons in Plusaversary will actually be the third in a series of The Simpsons shorts available on Disney+. Currently, Disney+ is streaming the Star Wars and Marvel-themed shorts with Maggie Simpson in ‘The Force Awakens from Its Nap” and “The Good, The Bart, and The Loki”.

Are you planning to stream this new Disney+ “The Simpsons in Plusaversary” short?