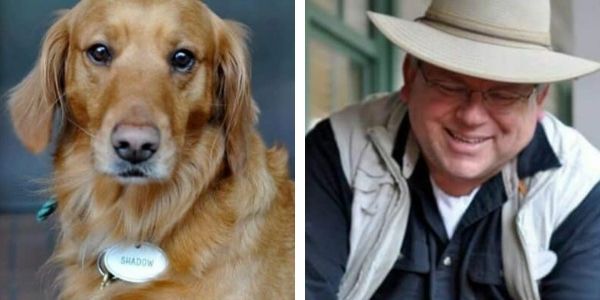 Longtime Cast Member Mick Ayres, who is known as B’Lou Crabbe at Disney’s Hilton Head Resort, and the Resort’s mascot, Shadow, who accompanied Ayres, were informed recently that they would not be returning to work at Disney after being furloughed for 20 months due to the ongoing pandemic.

Ayres took to Facebook recently to thank their fans for their love and support, and for a change.org petition, which was set up to encourage Disney to bring back Ayres and Shadow. Now, as word is getting around about Ayres and Shadow, the petition only continues to gain signatures.

The two Cast Members were furloughed last year, along with a majority of the other Disney entertainment, due to the ongoing pandemic. But as entertainment returns to Walt Disney World, Ayres thought he and Shadow would finally return to Disney’s Hilton Head. Unfortunately, this was not the case.

For the last 20 months, Ayres said “the Resort has consistently told us, ‘We can’t wait to have you and Shadow back. We’re just waiting on Orlando to bring all the entertainers back at once‘.” However, just a few weeks ago, they received an unfortunate phone call, which informed them that they would not be returning to work for Disney.

The change.org petition now nears 5,000 signatures as fans beg Disney to bring the beloved, longtime Cast Members back to work. The petition, in part, reads:

For many years, B’Lou Crabbe and Shadow have greeted, entertained and warmed the hearts of countless DVC members and guests at Disney’s Hilton Head Island Resort. From B’Lou’s masterful storytelling and fiddling, to Shadow’s loving tail wags and belly rubs, these two cast members transcend their official roles and have become indelibly linked with the resort in the minds of any guests who have had the pleasure to stay there.

Disney has recently made the heartbreaking and inexplicable decision to end the presence of B’Lou Crabbe and Shadow at DHHIR. While Shadow’s name and likeness are found all over the resort as well as on countless merchandise, and B’Lou’s events occupy prime space in the daily schedule, Disney has removed them from the resort experience. The fact that no explanation for this has been given to the thousands of DHHIR DVC members and guests amounts to a slap in the face. It is impossible to know how such beloved cast members can simply be “cancelled” while still expecting members and guests to spend their hard earned money on what has now become an inferior product.

Disney’s Hilton Head Island Resort, a Disney Vacation Club Resort, is located on the coast of South Carolina, which is only five hours from Walt Disney World Resort. To read, or sign the petition yourself, visit change.org here.

Are you upset to hear that Cast Member Mick Ayres, who is known as B’Lou Crabbe, and Shadow will not return to Disney’s Hilton Head? Will you be signing the petition? Let us know in the comments below.