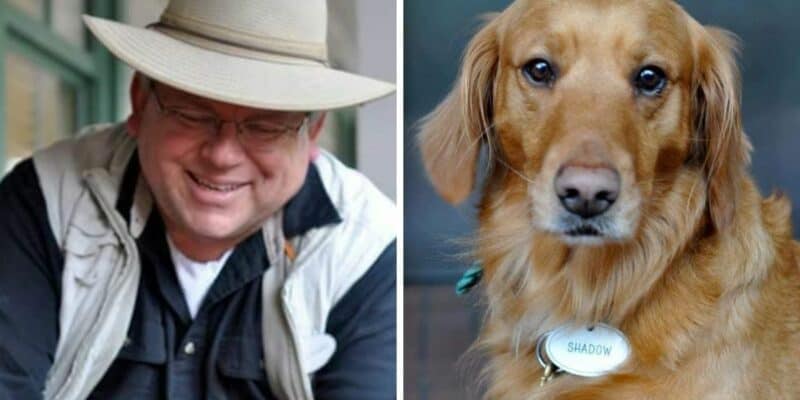 Longtime Cast Member Mick Ayres, who is known as B’Lou Crabbe at Disney’s Hilton Head Resort, and the Resort’s mascot, Shadow, who accompanied Ayres, were informed recently that they would not be returning to work at Disney after being furloughed for 20 months due to the ongoing pandemic.

Disney’s Hilton Head Island Resort, a Disney Vacation Club Resort, is located on the coast of South Carolina, which is only five hours from Walt Disney World Resort. This is where Cast Members Mick Ayres, who is known as B’Lou Crabbe, and his pal Shadow provided entertainment to Guests. However, the two received some unfortunate news from Disney as they will not return to the Disney Vacation Club Resort.

Ayres and Shadow took to their fan page to write a heartfelt message to their fans, explaining what had happened. The post begins by thanking the fans for their love and support, and mentioning the change.org petition, which was set up to encourage Disney to bring back Ayres and Shadow.

The two Cast Members were furloughed last year, along with a majority of the other Disney entertainment, due to the ongoing pandemic. But as entertainment returns to Walt Disney World, Ayres thought he and Shadow would finally return to Disney’s Hilton Head. Unfortunately, this was not the case.

For the last 20 months, Ayres said “the Resort has consistently told us, ‘We can’t wait to have you and Shadow back. We’re just waiting on Orlando to bring all the entertainers back at once‘.”

However, just a few weeks ago, they received an unfortunate phone call. Ayres explained in the post:

Then last week, in a 5 minute phone call from a Resort admin, I was bluntly read a very short letter that revealed we were not coming back at all. I repeatedly asked for an explanation but was only given silence. To be fair, the admin is a friend whom Shadow and I love as much as we love you guys; he was obviously uncomfortable and hated being the harbinger. Still, our 21-year career at the Resort was over.

Ayres continued to explain how hurt and confused he is by this news as he was continuously told he and Shadow would return to Disney’s Hilton Head Island Resort. So when he received that phone call, he was shocked — especially since when he asked the reasoning behind this decision, all he got in return was silence.

I am certainly hurt and confused (but NOT bitter, please know that). The entertainment industry as a whole was nearly wiped out from the overreaching Covid restrictions. Trust me, there’s nothing more frustrating than being declared “nonessential” by people as nonessential as overeaching politicians. But I never dreamed that Disney would willingly slap that label on Shadow and B’lou or any of their equally beloved entertainers around the world. To me, the Arts are as essential to being human as breathing, eating, and sleeping.

Over these past 20 months, to their credit, Disney fully honored Shadow’s portion of our mutual performance contract by continuing to pay the vet and groomer for Shadow’s care. However, though I received no monetary compensations from Disney since I was not performing at the Resort, I still honored the terms of our contract that put limits on any off-property performances. So, my self-renewing contract was still active over this entire period because Disney and I were still honoring it’s terms. Therefore, in full faith and confidence, I thoroughly believed them when told we were coming back.

If your beautiful and passionate petition, the phone calls, e-mails, and letters work–and we are asked to return–Shadow and I would do so in a heartbeat! Shadow is fine. I am fine. My health is balanced. God still has me in His grip. There is still plenty of magic left to share.

Ayres concluded the Facebook post by once again thanking their fans for their continued love and support, and he hopes they can one day return to Disney’s Hilton Head Resort:

THANK YOU ALL SO MUCH for everything! If Shadow and I are brought back ‘home’, it is solely because of you and what you have started here.

Much love to you all. We have always felt like part of your families–but more so now than ever.

Are you upset to hear that Cast Member Mick Ayres, who is known as B’Lou Crabbe, and Shadow will not return to Disney’s Hilton Head? Let us know in the comments below.