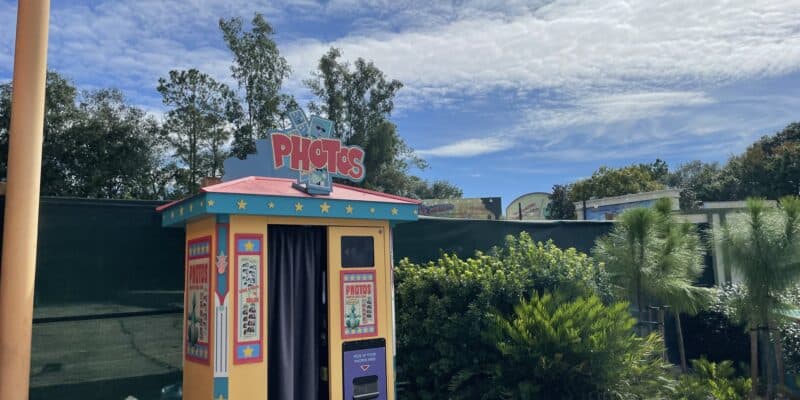 When Disney gets rid of an attraction, oftentimes, it is replaced by something else that would exceed its predecessor. Typically the new addition would be technologically advanced and would pique the interest of more Guests to generate more interest than whatever was previously there.

At Disney’s Animal Kingdom in Walt Disney World, we have been tracking the demolition of Primeval Whirl in DinoLand U.S.A. The coaster closed forever a few months ago, and within the past few weeks, we have seen all of the coaster tracks ripped out and removed from the area. At the moment, there are construction walls and mesh surrounding the area, so it can be tougher to see what is going on; however, the mesh is quite see-through!

It should be noted that Disney has not yet announced if, when, or what will be filling the space. However, it does seem something is in the works. As you can see below, the mesh is see-through, so it is easy for Guests to take a peek into what is going on. Unfortunately, the camera does not pick up all the detail, but we saw wooden beams which look brand new being built in an upwards fashion.

From the way the beams were positioned, some horizontal, some vertical, it almost seemed as if another coaster could be taking shape. However, that is purely speculative on our end. We have reported on a recent permit being filed for the area for general construction. This permit seems likely to correlate to the construction that is ongoing around the attraction. The permit does not go into detail, but we know Disney hired Evans Services Group, which offers “comprehensive remodeling solutions” for both residential and commercial projects.

For now, we will continue to wait and see what will be coming to this section, but if one thing is clear, we know that there is some sort of new work being done.

If you are at Animal Kingdom, be sure to check out the Tree of Life, as well as the new show Disney KiteTails. DINOSAUR is always a hoot, and within Pandora, you can experience Avatar – Flight of Passage! Expedition Everest is one of our favorite attractions to ride, and when it cools down, Kilimanjaro Safari is the ultimate relaxation attraction. And of course, you cannot miss A Celebration of Festival of the Lion King!

What would you like to see take this spot in Animal Kingdom?