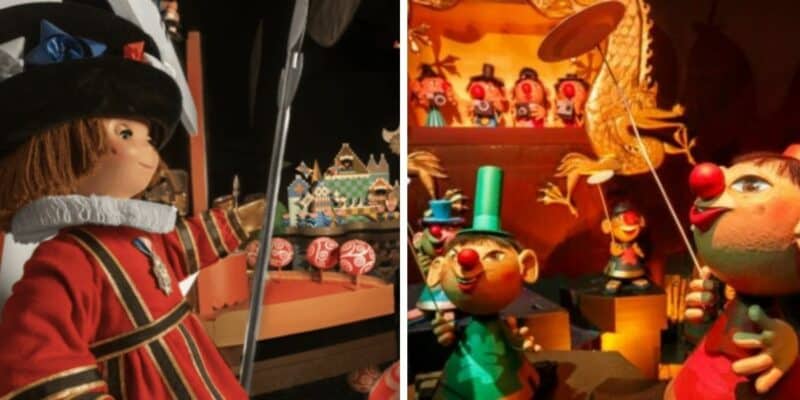 But, there are tons of theme parks around the globe that have amazing attractions and experiences, and some that may even be a little familiar for Disney Park fans. In the Netherlands, Efteling is a popular theme park that Guests love to visit. The theme park is flooded with dark rides, thrill attractions, as well as many Park offerings and shows for Guests to enjoy. The theme park is meant to have the theme of fairy tales as it is nestled in an enchanted forest, with many attractions catering to that theme.

One attraction, Carnaval Festival, takes Guests through a dark-ride style where Guests are able to travel the world and see a variety of cultures which shows that we are all alike. The Efteling site describes the ride as:

A journey around the world in eight minutes

Share joy and happiness with each other and meet jolly people. Jokie & Jet are taking you on an adventure to different countries! Get to know different cultures and party among red-nosed figures. Discover how we’re all alike in this indoor attraction Carnaval Festival.

Meet the Cities has an even more in-depth explanation from the attraction:

Have you ever wanted to travel the world? Now you can! The Carnival Festival is a musical ride where your car is driven across cultures from the entire world. You will drive past countries like Japan, Italy, Mexico, Alaska, the UK, Hawaii, China, Germany, South Africa, the Netherlands and more. As you ride through each country you will see moving puppets showing the stereotypical image of that country. A fun detail is that the musical composition of the attraction also changes its instruments to match the music of that country. And within a couple minutes you have journeyed the world. It’s no surprise that this child friendly attraction is probably the most well known attraction of the Efteling in the Netherlands.

If this reminds you of a certain boat ride, you’re not alone! “it’s a small world” is a popular attraction that Disney World and Disneyland Guests love (or love to hate), which follows a very similar premise. On top of the story being the same, the puppets and animatronics look very similar to the Disney attraction, as well!

Of course, there are many differences between the attractions, some of which I even prefer, like the animated trees below.

Although Efteling opened in the 50s, the attraction did not open until 1984, which would have been after the creation of “it’s a small world,” which Walt Disney brought to the World’s Fair in 1964.

Watch the attraction below!

What do you think of Carnaval Festival? Does it remind you of “it’s a small world”?