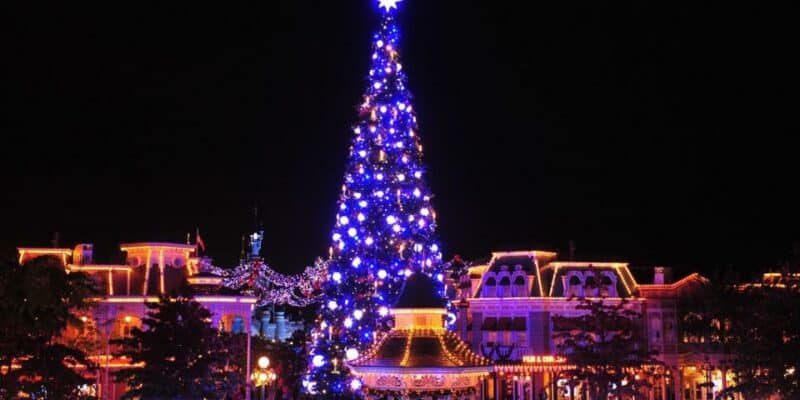 A party in the Parks? This evening at Disneyland Paris, the lightning in Fantasia Gardens began malfunctioning, causing a disco party effect.

Tonight, soon after Mickey’s Dazzling Christmas Parade came to an end, Guests noticed that the lighting around Fantasia Gardens began malfunctioning. The lights were flickering on and off, similar to a strobe effect.

DLP Report shared a video of the lights malfunctioning in Fantasia Gardens at Disneyland Paris, writing:

We are unsure of what caused this malfunction, but Guests sure are getting a kick out of it. One Twitter user, Ally, replied to DLP Report, calling it “Techno plaza”.

Testing in progress for Horrorific Nights 2022.

Testing in progress for Horrorific Nights 2022.

What Guests Can Look Forward to at Disneyland Paris

Guests have a lot to look forward to at Disneyland Paris as there is a lot of ongoing projects in the works for Walt Disney Studios and Disneyland Park. For starters, the 30th anniversary is just months away!

Over at Walt Disney Studios, Guests can soon look forward to a massive addition that will include Star Wars, Marvel, and Frozen, as well as their very own Avengers Campus, which will be the first section to open in the Park next year. But one of the biggest changes that we have already seen is the refurbishment on Sleeping Beauty Castle. Recently, Disney uncovered the castle, revealing a stunning, magical new facade.

Have you ever visited Disneyland Paris? Let us know about your experience in the comments below.