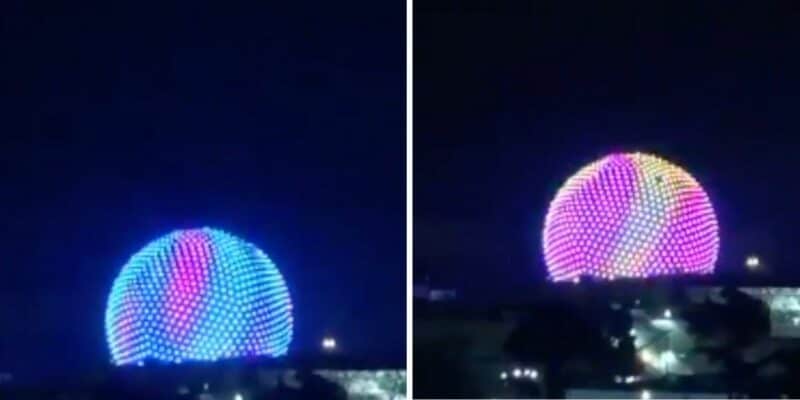 With the 50th anniversary just days away, fans can almost taste all of the new offerings that will be available once October 1 rolls around for the Most Magical Celebration on Earth!

With each Disney World Park getting a complete make-over, there will be a tonne to look at. We have already seen a lot of the transformation that Cinderella Castle has undergone. Of course, that does not include all of the new lighting and projections that we will see once the sky turns dark. Main Streer, U.S.A. has so much extra shimmer going on with the clock shimmering gold, blue, and pink. Disney Enchantment will also be debuting on the first day of the celebration, replacing Happily Ever After.

Disney’s Animal Kingdom will have the Tree of Life full of projections, and Disney’s Hollywood Studios will have Tower of Terror shining. On top of that, Disney also has the Fab 50 character statues scattered around all of the Parks! At EPCOT, we are seeing a boatload of changes! Harmonious, the new nighttime show is about to debut along with Remy’s Ratatouille Adventure and the France pavilion expansion. Space 220, the Creations Shop, and Club Cool are now available, and best of all, Spaceship Earth is receiving a permanent transformation.

The Beacons of Light will allow Spaceship Earth to transform and shine from the inside out. Disney has been testing the new color schemes, and it is looking fantastic! Mickey Views (@mickeyviews) caught a glimpse of the testing last night, and it looked like a groovin’ party from the 70s!

The lighting is now so bright that Guests staying at an EPCOT Resort will surely be able to see the magic each night. As for the pattern and color scheme in the video above, Disney is still in testing phases, so this may not be a permanent visual, but it is fun to see how much the Beacon of Light has truly transformed Spaceship Earth.

What do you think of the new lighting on Spaceship Earth? Let us know in the comments below.