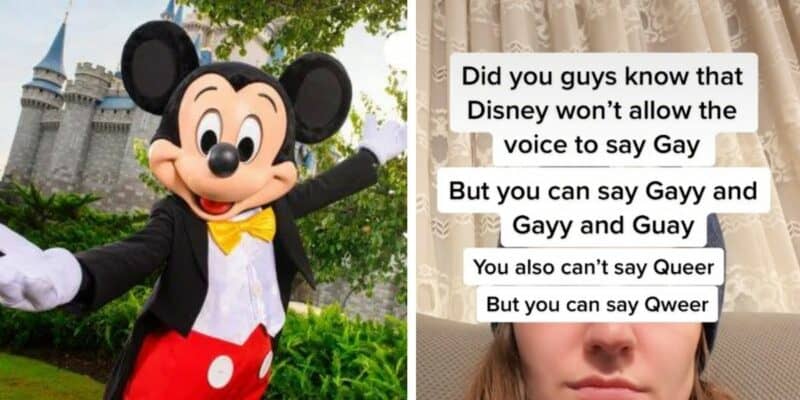 With TikTok becoming such a massive social media platform, we have started to see Disney take a liking to it and promote the Parks and company as a whole.

First, we saw Disney Parks create a TikTok account to help show off offerings that were in the parks, progress on attractions, and use it as a source of promotion and advertisement to have more Guests wanting to come to the Parks. On top of that, Disney has been teaming up with a lot more “Disney influencers” who have following on TikTok (among many other platforms), inviting them to the park as a hosted experience when new offerings are being released, such as Magic Kingdom transforming into a holiday haven.

On Disney+ Day, we say Disney team up with TikTok in a new way! Now, TikTokers can alter the text-to-speech voice to sound like a Disney character! Rocket from Guardians of the Galaxy is available to all, while others like Stitch as C-3PO must be unlocked to be used. At the moment, we do not know how long this feature will last on the app. Once the voices were available, however, some creators noticed that the Disney characters would not say certain words in the LGBTQ+ vocabulary, much like how the F-word will not be spoken aloud.

KaraBiner (@Kbwild) posted a TikTok showcasing how many words that the Disney character would not say when the regular text to speech would say it just fine. As you can hear below, if the word is spelled differently, for example: “gayy” and not “gay,” it read just fine. Please note that the TikTok does use actual vulgar language towards the end!

The ending is my favorite part

The Verge has reported that this is no longer an issue with the Disney voices, but it seems that it is unclear as to what happened. It is not certain if this was a choice Disney originally made then reverted, or if this was an issue on TikTok’s end, but considering they already had the feature on the app, that would be a little more surprising of a mishap.

Lately, we have seen Disney really push to create a more inclusive company from Cast Members being able to dress in the costume that made them feel best, as well as through movie representation of characters that fell within the LGBTQ+ community, as well as cultural diversity.

The original inability to hear Rocket say certain words that described those in the LGBTQ+ community, of course, had an adverse effect on those in the community who were not able to have their representation or part of their identification read aloud by a Disney character, so it is good to hear that a change was made. As noted by The Verge, Neither company has commented on why this had happened, originally.

Did you notice this when using Disney’s new text-to-speech feature on the app?