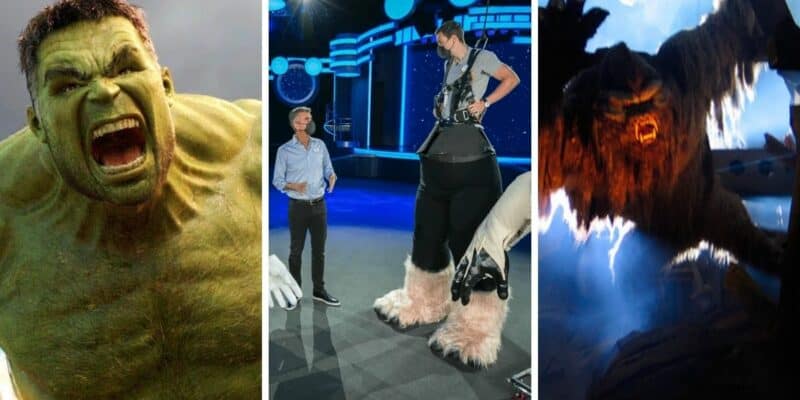 Disney Park and Experiences and Products Chairman Josh D’Amaro made a special appearance at the Destination D23 2021 event at Disney’s Contemporary Resort yesterday as he revealed exciting Parks news — including the return of Festival of Fantasy, Fantasmic!, opening dates for Avengers Campus in Disneyland Paris and Guardians of the Galaxy: Cosmic Rewind in EPCOT, and more.

During the panel, Disney fans also got a closer look at Disney’s latest project, Project Exo, which is a high-tech effort to enable interactions between theme park visitors and large-scale characters.

During Destination D23 yesterday morning, Disney Park and Experiences and Products Chairman Josh D’Amaro went into further details discussing the project, and how it will change the game for theme park goers.

As fans got a closer look at the project, which you can see in the image above, Disney also confirmed that the project will focus on making “larger-than-life exoskeletons” to help bring some Disney character’s to life. Though Disney did not confirm exactly which characters they are working on bringing to life, we are thinking perhaps the Hulk from the Marvel Cinematic Universe, especially now that Disney California Adventure (and soon, Disneyland Paris) has Avengers Campus.

As always, Inside the Magic will update you as we get more information regarding Project Exo.

Who do you hope to see come to Disney Parks thanks to Project Exo? Let us know in the comments below.