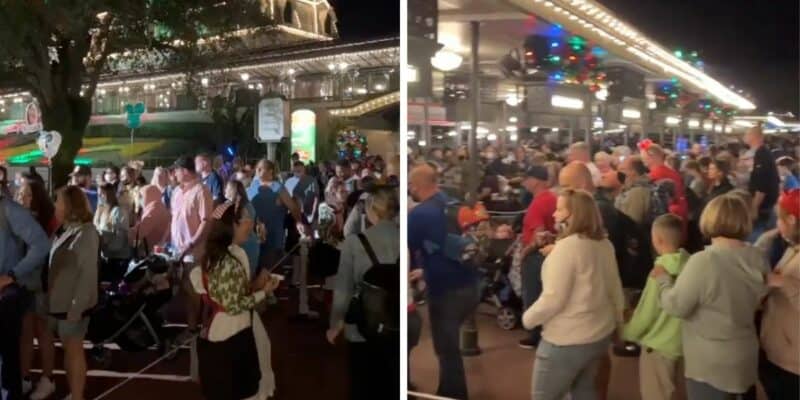 Although Disney World Resort has had all four of their theme parks decorated for the holidays for quite some time now, it is now officially Christmas in the Kingdom, as the holiday event has begun!

Disney Very Merriest After Hours has replaced Mickey’s Very Merry Christmas Party this year, but luckily, unlike Boo Bash, which replaced Mickey’s Not-So-Scary Halloween Party — many of the offerings that Guests know and love are returning. Mickey’s Once Upon a Christmastime Parade has now returned to Main Street, U.S.A., which was a massive step forward for Disney World, as it was the first parade to return since the pandemic. Minnie’s Wonderful Christmastime Fireworks are also back, as well as a Christmas-themed stage show.

All event Guests will have appropriate wristband credentials which distinguish them from regular day Guests. Those who do not have a wristband are not allowed to stay in the Park and will be escorted out with the rest of the day Guests when the time comes. The goal for Disney is to have only After Hours event Guests in the Park by 9:00 p.m.

As we mentioned, yesterday we saw the first of many Disney Very Merriest After Hours events. The Boo Bash After Hours event at times looked a little chaotic when swapping from day Guests to After Hours event Guests, but yesterday, things seemed to move quite swimmingly! Disney influencer Michael Does Disney (@michaeldoesdisney) was at the event reporting on the fun and shared what it was like to enter Magic Kingdom.

From his footage, we can see that After Hours event Guests had their line and way of entry into the Park, and as they entered, hordes of Guests were leaving, escorted by Cast Members who were ensuring that all were able to exit swiftly and safely. Be sure to check out Michael’s content for Disney magic online!

For those visiting Disney World during the holiday season, especially Magic Kingdom, be sure to keep an eye out on which day is an After Hours event before choosing what night you want to go and visit the Park. By doing this, you can potentially score a longer day at the Park!

Will you be attending Disney Very Merriest After Hours this year? Let us know in the comments below!