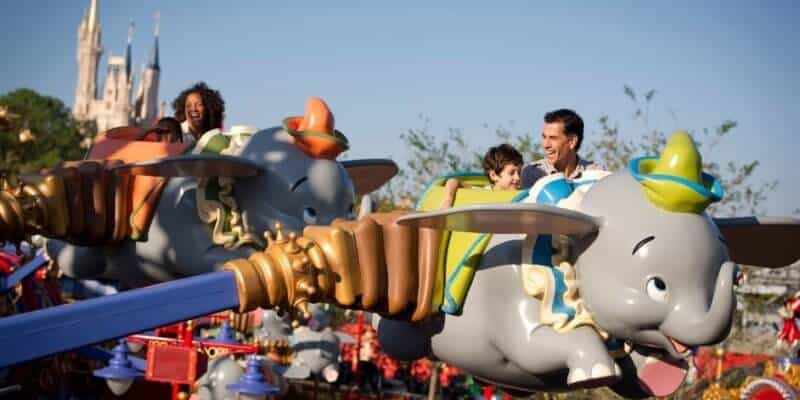 Walt Disney World is filled with unique attractions and magical moments, but sometimes things do not go as expected.

Former Cast Member and TikTok user, @natstreich, shared a story with her followers, explaining one of the weirdest encounters she experienced when she was working at Walt Disney World.

She starts the video by explaining during her Disney College Program, she worked attractions at Storybook Circus, which includes both Dumbo the Flying Elephant and Goofy’s Barnstormer. One day when she was stationed at Dumbo the Flying Elephant, a family of three, including a mother, who was 50 years old, and two daughters, who looked to be about 18 and 19 years of age.

The former Cast Member continued to explain that when the family tried to all sit in one Dumbo, that unfortunately, due to safety reasons and the fact that they all couldn’t fit in the seatbelt, they had to separate into two Dumbo ride vehicles. Apparently, the mother was not happy with this and, per the TikTok user, “wigged out” at her, but eventually moved to another Dumbo.

Once the ride started, the ride vehicles began moving up and down, and as the mother passed by the Cast Member, she flashed her while on the ride. The Cast Member explained in the TikTok video that after this happened, she stopped the ride immediately, called for her coordinator (who is her lead Cast Member), and then informed the Guest that she cannot flash people on property. The Guest was then kicked out of the Park and banned.

You can hear the full story in the TikTok video below:

Please note that Disney Cast Members and security officials are always at the theme parks in order to maintain a safe environment as much as possible. If you ever witness unusual activity, or if you are ever concerned when visiting one of the Disney Parks, be sure to find the nearest Cast Member or report your issue with Guest Relations, located in each of the Disney Parks.

Have you ever witnessed a strange encounter at Walt Disney World? Let us know in the comments below.