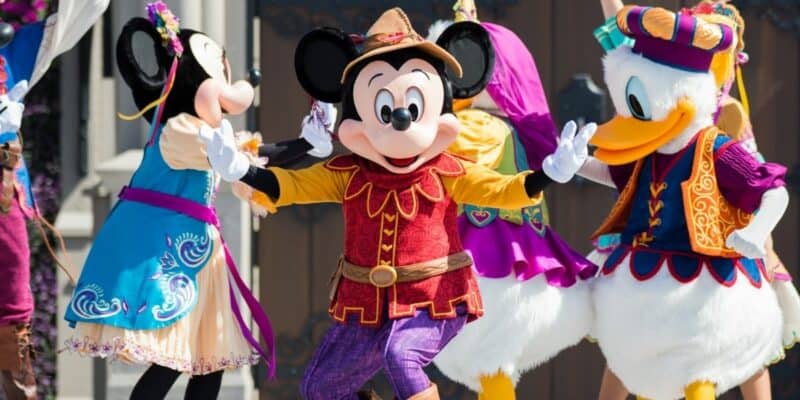 Disney Park and Experiences and Products Chairman Josh D’Amaro appeared at the Destination D23 2021 event at Disney’s Contemporary Resort yesterday as he revealed exciting Parks news — including the return of Festival of Fantasy, Fantasmic!, opening dates for Avengers Campus in Disneyland Paris and Guardians of the Galaxy: Cosmic Rewind in EPCOT, and more.

Fans were especially ecstatic when D’Amaro confirmed Mickey’s Royal Friendship Faire would be returning in 2022!

Mickey’s Royal Friendship Faire is an iconic and fan-favorite stage show that takes place in front of Cinderella Castle. The official description reads:

For starters, Disney Parks Blog shared that fans will be able to not only see a new opening and a new finale, but also will hear a brand-new song called “Where the Magic Feels Like Home”.

At Magic Kingdom Park, we’re bringing live entertainment back to the Cinderella Castle Forecourt Stage early next year, with a show newly enhanced for the 50th Anniversary celebration. “Mickey’s Magical Friendship Faire” will incorporate favorite scenes from the previous version of the show – with sequences inspired by “Frozen,” “Tangled,” and “The Princess and the Frog” – plus a new opening and a new finale with Mickey Mouse and all his friends in their sparkling, EARidescent fashions. The show will also include an all-new, original song entitled “Where the Magic Feels Like Home.” “Mickey’s Magical Friendship Faire” will be a wonderful addition to our live entertainment lineup for the 50th Anniversary celebration.

Are you excited to see this stage show return to Disney World? How do you feel about the new changes coming? Let us know in the comments below.