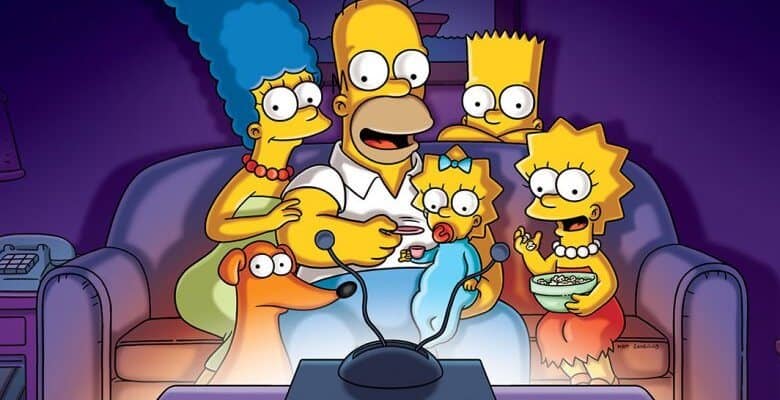 Deadline reported today that — with the launch of Disney+ in Hong Kong this month — an episode of The Simpsons relating to Chinese culture seems to be missing from the streaming catalog.

Episode Censorship as The Simpsons Arrives In Hong Kong

During Season 16, Episode 12 (“Goo Goo Gai Pan”) the Simpson family visited Tiananmen Square on a trip to adopt a baby for Aunt Selma.

A satirical sign in the cartoon square reads “On this site, in 1989, nothing happened.”

In actuality, Tiananmen Square was the site of a deadly event in 1989, in which the sitting Chinese government opened fire on democratic protestors. The famous “Tank Man” photo from June 5, 1989 was taken on the day of the massacre.

This episode of the Fox series (purchased as a part of the massive $71.3 billion film and TV assets in the 2019 Disney/Fox buyout deal) was not present on the roster of the streamer catalog. What is unclear at this time is if Disney omitted this episode when presenting the catalog, or if officials ordered it to be removed from the service.

It also remains unclear if other episodes of television serials or films have also been removed, censored, or marked unavailable. According to Deadline, “A new censorship law introduced earlier this year forbids [television] shows that might breach a national security law imposed by China and, just last week, Hong Kong’s Beijing-appointed leader, Carrie Lam, said she will “proactively plug loopholes” in the city’s internet and introduce regulations around fake news.”

Disney has not responded to requests for comment by the news outlets.  You can binge-watch entire seasons of The Simpsons here in the USA on Disney+, including holiday specials and new animated shorts. Stay tuned to Inside the Magic for more updates on this Disney+ international streaming release.

Hong Kong, it is important to note, is officially termed a “special administrative region” of China, meaning that there are certain governmental differences between Hong Kong and The People’s Republic of China at large.

Have you enjoyed the addition of The Simpsons to the Disney+ television catalog?