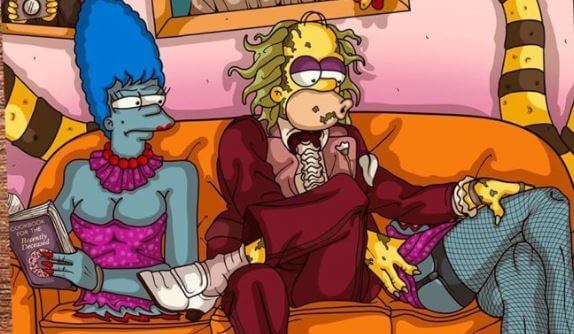 This October brings the 30th edition of Treehouse of Horror! That milestone is not stopping one artist from envisioning several Simpsons horror movie scenes.

Iconic fear film favorites like “Jaws,” “Nightmare on Elm Stree,” “The Exorcist” and “IT” (and more) all get “Simpsonized” in this creepy-cool concept collection. It’s enough to wish Disney would make a Treehouse of Horror movie when they add the series to Disney+. 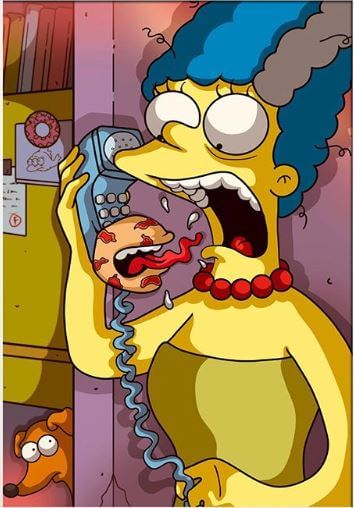 Artist Peter Mahoney has a knack for mashing up pop culture favorites. His Instagram page is filled with creepy-cool combos like Scooby-Doo and “Ghost” or “Ghostbusters” and “Aladdin.” However, the highlight of this amazing assortment has to be the macabre marriage of “The Simpsons” with a host of hot horror properties.

Among the many monstrous masterpieces lurking on Mahoney’s Instagram incarnations, a few stand out.

Homer, as the namesake anti-hero, turns the film’s final scene into an apparent couch gag. 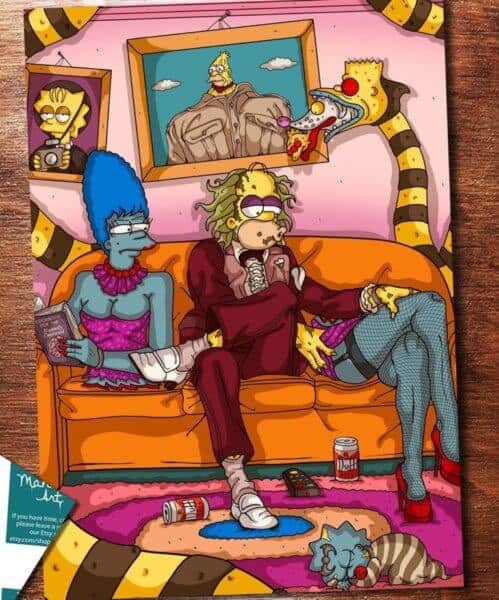 Ned Flanders replaces Ash as the protagonist in an “Evil Ned 2” parody of the classic Rami flick. 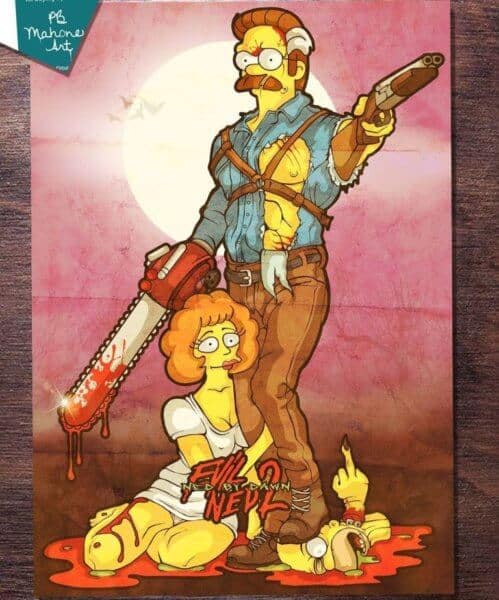 Marge as Gozer is amusing, but Maggie as Slimer takes the ectoplasmic prize in this brilliant, bustin’ scene. 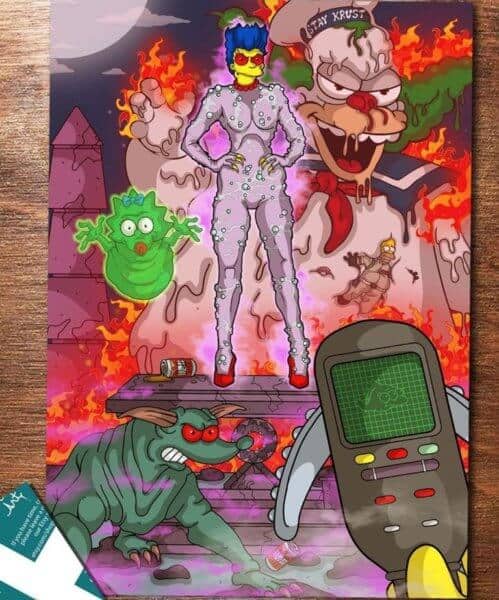 With a well-placed play on words, Moe assumes the role of this 80’s holiday horror film. 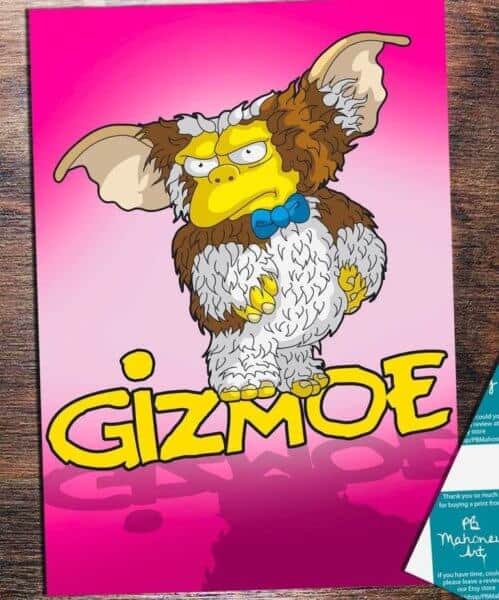 Combing Krusty and this Stephen King thriller is a perfect match. Krusty’s crazy eyes take on new life as he lures Bart into his clutches. 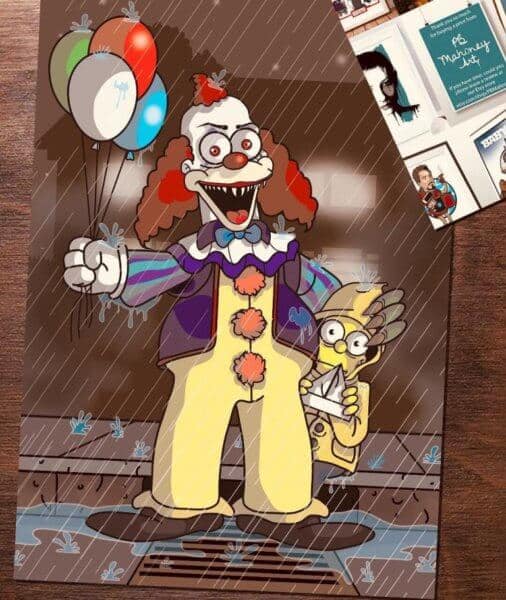 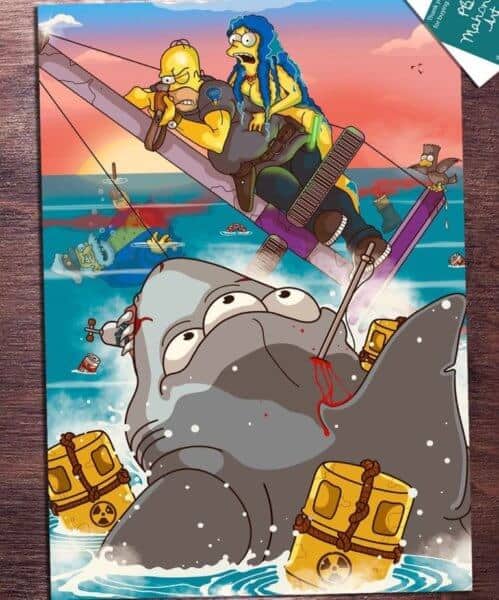 Poor Marge gets a double dose of Freddy Kruger in this pair of horror mash-ups. 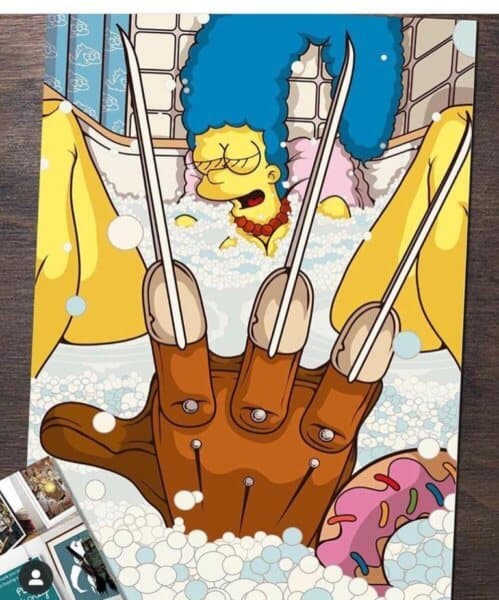 All of these amazing adaptations arrive just in time for “The Simpsons” 30th version of the Halloween classic, “Treehouse of Horror.” Not only is this a high five for the seasonal special, but by some spooky coincidence, it also happens to be the series 666th episode (that’s planning!). This year promises parodies of “Stranger Things” and “The Shape of Water.” The eerie episode airs on October 8th.

For those who cannot wait for Disney/Fox’s fear fest, a visit to Peter Mahoney’s Instagram or Etsy shop should take the edge off.