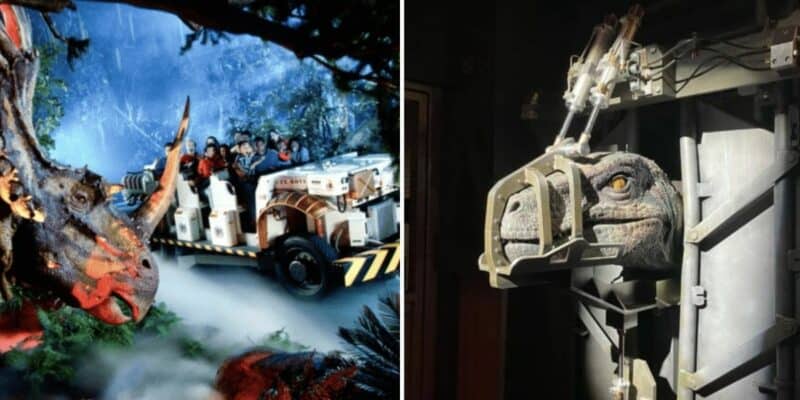 As we have mentioned time and time again, Universal Orlando Resort has an entertaining and cheeky social media team that always finds a way to release a snarky comment or fun little jab. A lot of the time, we see Universal pin themselves against Disney for some friendly competition.

Typically, we see this happen when Disney releases a new attraction or has cause to celebrate. As the Walt Disney World Resort just began its 50th anniversary celebration, I thought we would see quite a few remarks from Universal, but it seemed that they did not speak out too much. Now that the opening weekend of the celebration has ended, it looks like Universal is back with the hilarious Tweets.

Who would win in a fight?
An Iguanodon or a Velociraptor?

Who would win in a fight?
An Iguanodon or a Velociraptor?

In case you do not know how this connects with Disney, no worries, let us explain! Universal Orlando Resort is home to Jurassic Park, one of the lands at Islands of Adventure. With the Jurassic World franchise now becoming popular, we are starting to see an amalgamation of the old and new. The newest coaster to be built at the Park was just released this June, and it is called Jurassic World VelociCoaster.

The attraction unleashes you on a run with four of the raptors from the Jurassic World film, with the entire queue and storyline themed to the dinosaur. Over at Disney World, Guests can enjoy DinoLand U.S.A. at Disney’s Animal Kingdom. Within that section is DINOSAUR!, a dark ride, coaster-like experience where riders are sent back to the cretaceous period to bring back an iguanodon.

Now, Universal is basically asking Guests to decide which attraction has the better dinosaur, and if we look at the comments, some are now deciding what dino ride they prefer.

Suppose we had to decide; it’s a tough call. In terms of who would win in a fight, the iguanodon is much larger than a velociraptor, so I’ll place my bets there. The rides themselves, however, are very different. Universal has a thrilling coaster that runs smooth, and Disney has a slower but detailed attraction that bumps you around a lot more!

What attraction do you prefer? Let us know in the comments below!