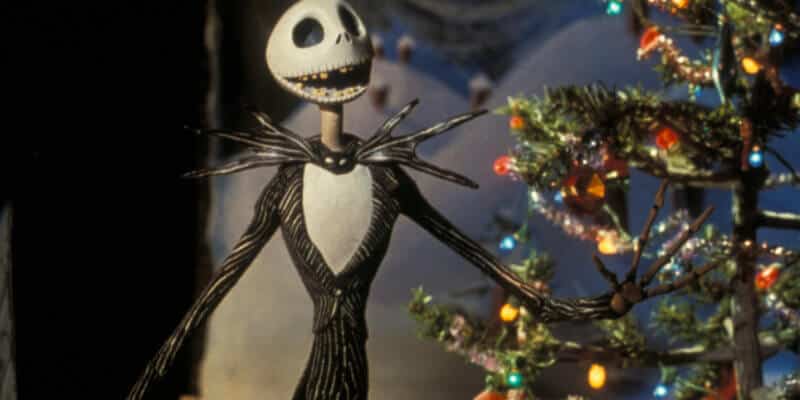 The performance was scheduled for last year but was canceled due to the COVID-19 pandemic. Fans and members of the cast are excited that the production will finally be hitting the stage.

Related: Sally From ‘Nightmare Before Christmas’ to Get Her Own Story

Billboard has reported that Billie Eilish will be guest starring for the L.A. performances to sing “Sally’s Song”. Eilish will be accompanied by original song voice actor for Jack Skellington, Danny Elfman.

Danny Elfman stated in regards to Billie Eilish joining him:

“I’m absolutely thrilled to have Billie joining up with the nightmare crew! This will be a real treat (not a trick)!”

Fans who would like to purchase tickets for the Oogie Boogie-approved concert can find them on the Ticketmaster website, which is the event’s official ticket seller.

More on The Nightmare Before Christmas Live

Tim Burton’s The Nightmare Before Christmas (1993) will be hitting the stage as the hit movie will become a live-to-film concert with music from a full orchestra led by well known conductor John Mauceri and performances of songs from the movie. 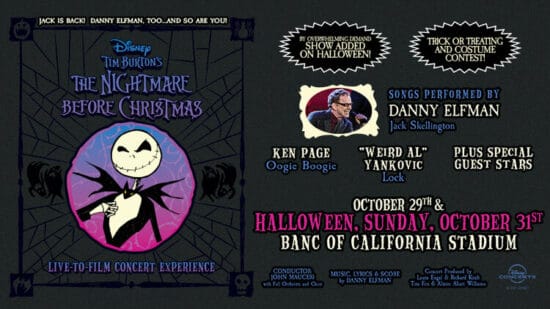 Along with Billie Eilish, guests for the concert include original voice actor for Oogie Boogie, Ken Page and “Weird Al” Yankovic.

The live-to-film concert was originally scheduled for one night only, but due to a high demand, the second night on Halloween, October 31, was added.

The Banc of California Stadium described the two night event as:

Will you be attending The Nightmare Before Christmas Live? Let us know in the comments!

Comments Off on Get Tickets NOW For ‘Nightmare Before Christmas’ Live Concert!