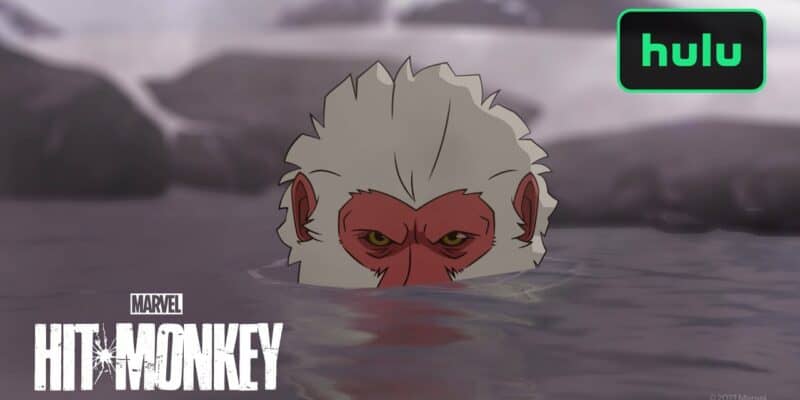 Back in 2019, it was announced that Marvel and Hulu would be releasing a slate of adult animated shows such as Marvel’s M.O.D.O.K, Tigra & Dazzler Show, Howard the Duck, and Hit-Monkey. All series were going to be a part of a crossover entitled The Offenders, but, Marvel Studios parted ways from Marvel Television and only two shows made it to a release date: M.O.D.O.K (2021) & Hit-Monkey (2021).

Fans of the Marvel character Hit-Monkey will be glad to know that his upcoming series has an official new trailer that is now available for viewing. The show will tell the story of a Japanese Snow Monkey, whose tribe has been mutilated and by joining forces with an American assassin, they slay their way through the Yakuza underworld. Hit-Monkey is a fairly new Marvel character compared to others — he made his first appearance a decade ago in Marvel Comics’ Hit-Monkey #1.

According to Marvel, the monkey is more agile and faster than a human; however, he does not have any superpowers:

“As a Japanese macaque (Macaca fuscata, also known as the snow monkey), Hit-Monkey is proportionally stronger and faster than a human being, though he is not super powered. Like other macaques, he is adapted for cold weather, is an excellent swimmer, possesses advanced pedal dexterity enabling him to use his feet like hands and has an olfactory sense far greater than that of humans. He is smarter than the average macaque, understanding concepts of murder and revenge, and is able to copy fighting styles and firearms usage after observing them. He is one of the world’s best paw-to-hand fighters and is skilled with a variety of weaponry. His signature style is a combination of Eastern martial arts and monkey agility, recognizable to experienced assassins. He is also trained in survival and the use of medicinal herbs native to northern Japan. Hit-Monkey has natural animal magnetism, making human females want to hang out with him. He has a 3” non-prehensile tail.”

According to Comicbook.com, Fred Tatasciore (Hit-Monkey) and Jason Sudeikis (Bryce) have been cast as the main characters of the show. Other cast members include George Takei (Shinji Yokohama), Olive Munn (Akiko), Ally Maki (Haruka) and Nobi Nakanishi (Ito). Joe Quesada will be an executive producer for the upcoming series. Daniel Way and Dalabor Talajić are credited as being the creators of the Marvel monkey character.

“I’ve seen a little bit of it, and it looks amazing. I was consulting on the other shows ’cause I was possibly gonna do The Offenders if it ever came to be. It was really cool. Everyone got to do their own thing. We didn’t change a single thing in our show. But no, you know I think you want togive showrunners a little bit of freedom to kind of establish their characters and the voice of the shows and not worry too much about how it all fits together. That was going to be my burden.”

Hit-Monkey is due to premiere on November 17, 2021, on Hulu. There is no word at this time if the show will eventually be available on Disney+. Watch the official trailer below:

Are you excited about Hit-Monkey? Be sure to let us know in the comments!

Comments Off on Marvel Unveils Look at “Amazing” New Series